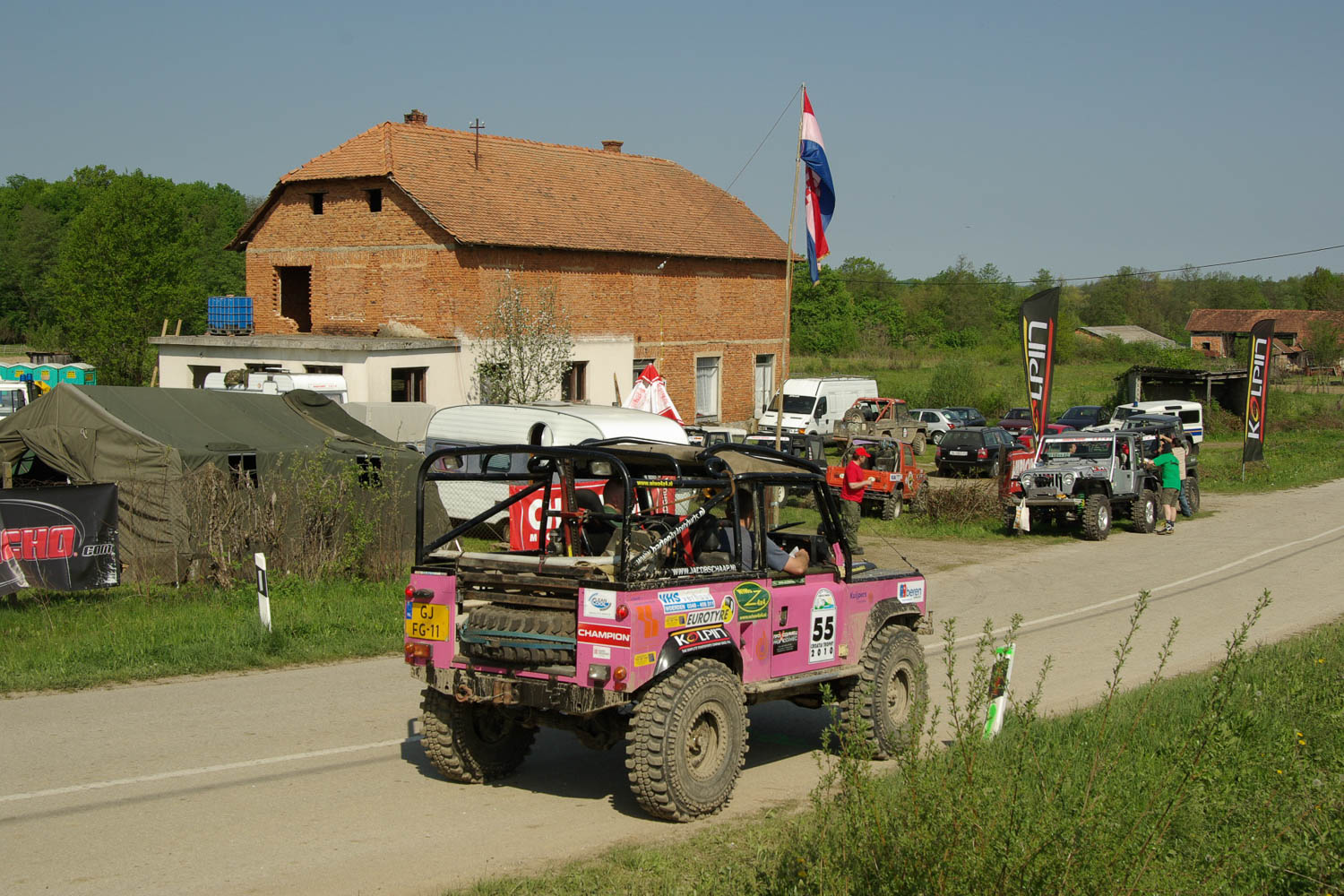 During the briefing, I pull #10 from the hat, meaning we start in the 4th group of three cars. No time to rest but back to the tents, team shirts on, and head for the start line.

We make a quick recon of the course and head back to the car and watch the first three starts. After the favourite’s car is towed out backwards during the first race, missing one of his wheels, I start realising the speed involved. We line up three abreast, sandwiched between two bigger engined cars.

As the start signal is given, Rob floors the throttle. The first ditch is immediate, straight down, mud everywhere. And we let the other two get a bit of a lead because they were jostling for a position through the tree markers and best line through the mud.

Rob drives like an ace, he had his foot flat in 3rd gear. We manage to miss some deep mud and are right on the tail of the Belgium jeep. The only problem is there is so much dust, we can hardly see the track. Luckily in amongst the trees, we are right behind them and follow their tail lights down a steep hill and a 90 degree left at the bottom.

The gaps between the trees are narrow and the speed is high. At the “winching point” most cars get through without much difficulty. As we hit this steep gradient, Rob manages to flick the front locker switch just in time and drag us up without slowing too much.

Then it was back in the open, flooring it, but the track was obscured by dust and we hit a ditch half a metre deep, which was like hitting a brick wall. The car stopped dead with a huge bang! Rob’s sunglasses flew off his head and the driver’s door flew open….

However, not even 3 seconds later, the accelerator was floored and we aimed for the finish line. By now the other two had crossed the line already and it was purely to register a time. A couple of deep mud holes and right at the finish, the steep little incline caused the car to jam in second gear.

This cost us 15 seconds five metres from the finish. The car is strong but needs a couple of pop rivets due to the left rear wheel pushing out the body panel from that ditch. Tonight we find out our start position… Bring it on.