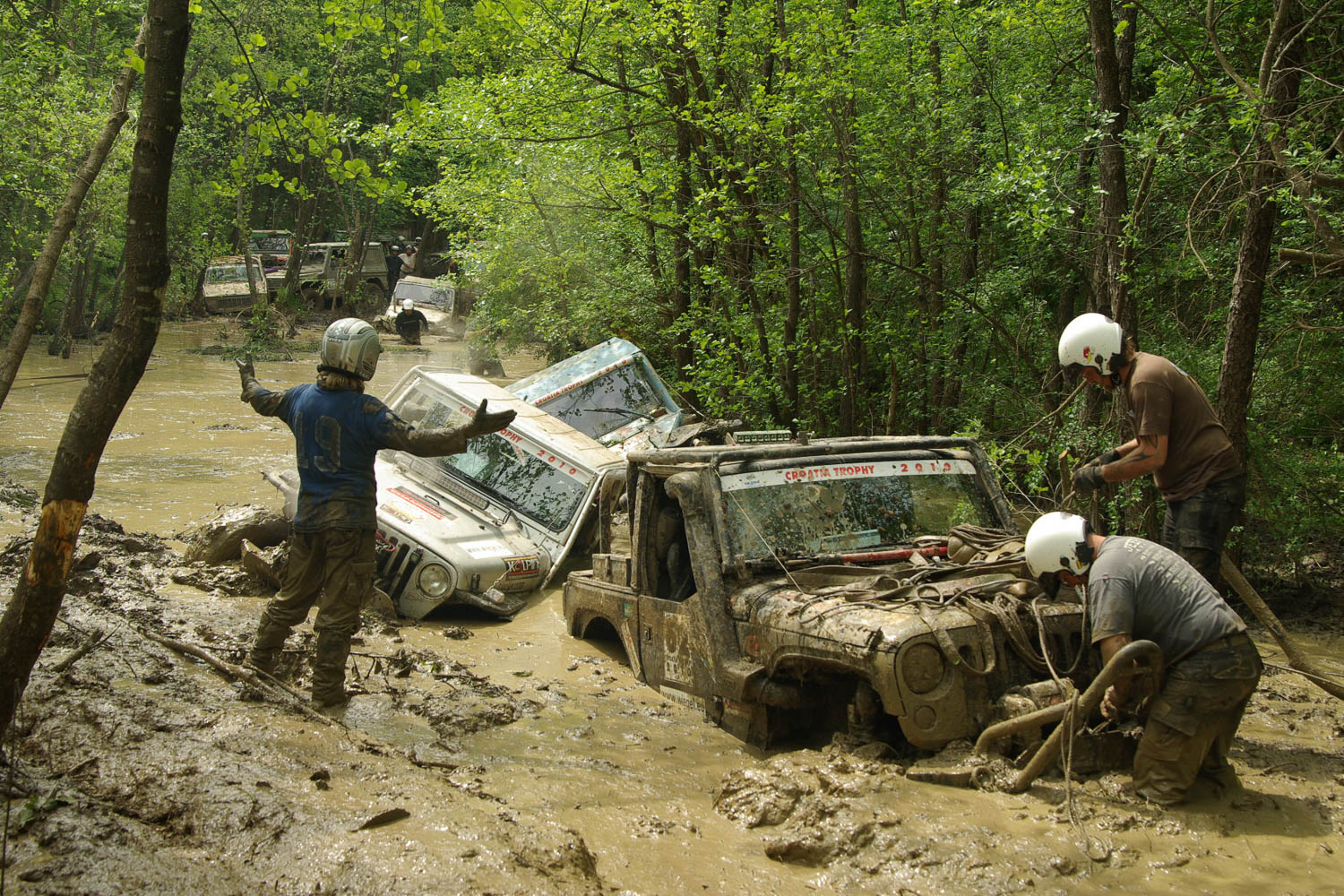 What a hectic day! It was 05:30 start for me, driving to the local village to upload pics and updates, then back in time for a quick breakfast and press briefing. In true Croatia Trophy style, the plans were changed at the last minute and we dashed around trying to find where to go. Exciting once you’re used to it, a little nerve wrecking when not.

Hans and I found our way to press point 1 with a make-shift attempt at navigation in miles (instead of the given kilometers) and a GPS that wasn’t happy with the roads that didn’t exist.

The countryside is awesome. It was quiet and peaceful when we arrived in time to catch the top contenders make their way through the bog. I even spotted a snake escaping out of the water. No, I didn’t shriek … I love snakes.

The next batch arrived and within no time there was a traffic jam … in the forest. The marker points at the end of the water were very narrow, leaving just enough room for 2 or 3 cars to pass at a time. With a metre high mud buildup, it looked like a boggy battlefield. Great for photographers, superbly frustrating for contenders.

It’s awesome to come across the pink Landy and after a couple of days, I’m recognising the other Dutch teams. The comradeship is really cool. The rear diff on Guus’ car (highest ranking Dutch driver) succumbed to the marsh. He raced back to camp and managed to replace it in half the normal time. He returned to the marsh, and the other guys – still there – let him through first! They had already been waiting a couple of hours for their turn… Cool!!

After the high speed of the Circuit Race this is a completely different test for the teams!