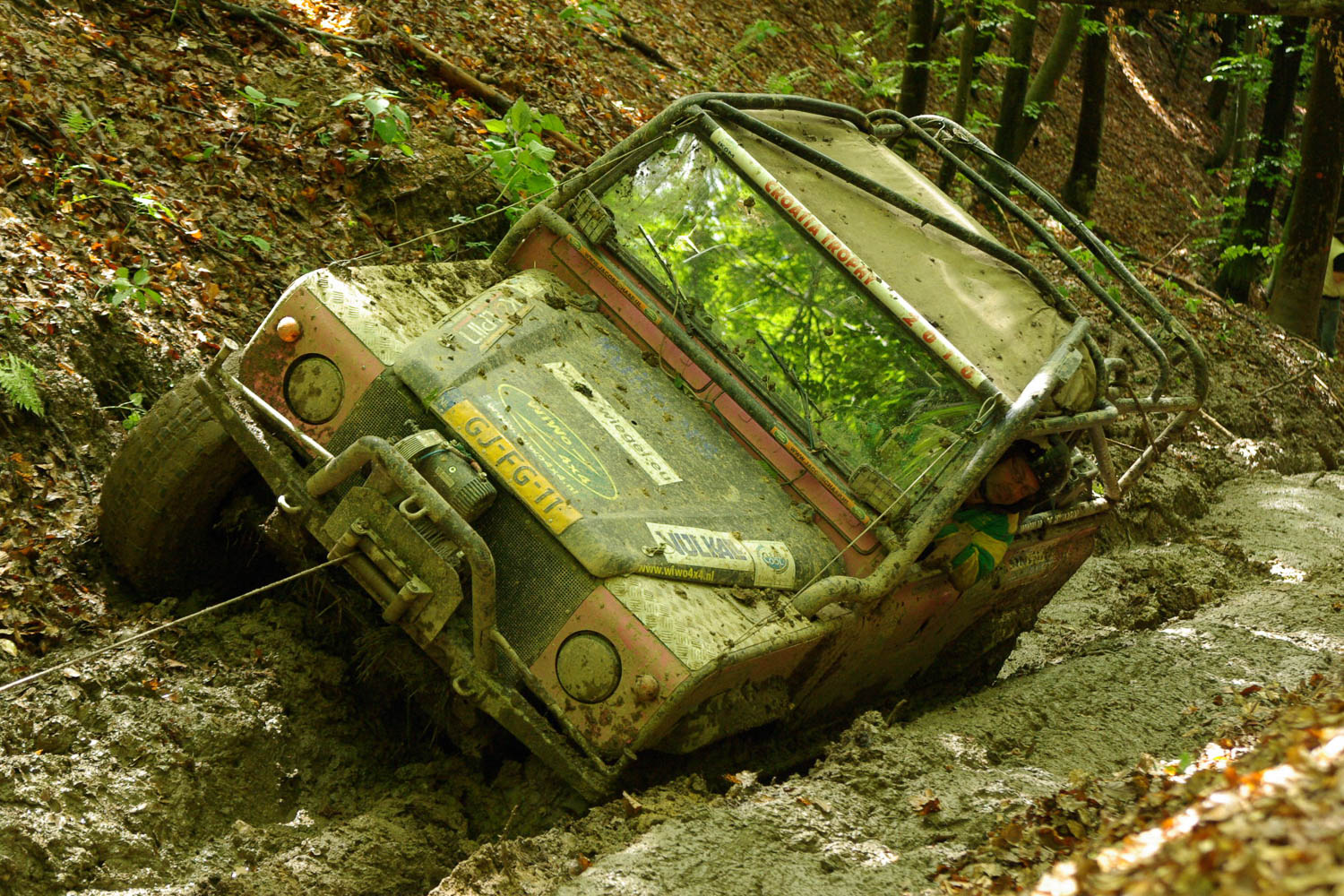 It was the second-last day today, but in order to start, we needed to repair the damage from the previous day. This consisted of a broken half shaft in the front left and the bolts that had come loose in the crown wheel. The rear diff housing was so damaged due to these problems that after disassembly the bearings could not be adjusted.

Thanks to Jansen Used Range Rover Parts we could get a “new”diff housing. Together with their mechanics Erwin and Pasquilino, Peter Arends and Paul de Haas, Rinze and I worked until 03h00 to get it working again. Everything was reassembled from 07h30 until 10h30 and again, we were ready just in time to start!

The stage was difficult, but also really nice with a lot of fast sections and a “gulley” with mud that was up to the hips with a consistency of concrete once again, through which we needed to winch 200 meters.

Due to a large row of cars, we decided to exit the gulley earlier than planned and winched our way out up a 65-degree slope. That incline of 200 meters (‘Hamburger Hill’) cost us at least 2 hours and totally wiped out Marcel, who is enjoying himself and has taken to the role of co-driver. Navigating is very secure and near enough faultless. Really heavy going, but fantastic in retrospect.

Uber-tough going. Thick mud-like concrete in a steep gulley made for tough conditions. We eventually finished in daylight, for a change, and Victoria organised some cold beers once again. Joris, the co-driver of Guus, got a heavy branch in his face, nearly breaking his nose and they were unable to finish today’s stage. Joop and Wouter did well but had a lot of mechanical trouble. The Maas brothers had a good day without any problems. As well as Paul and Mark and Peter and Paul.

Our neighbours in the camp, Tjarko and Sybolt, are busy climbing in the rankings and also did well today. Considering it is their first Croatia Trophy it is an outstanding achievement. Also thanks to their support crew, Eric and Lennard, who maintain their car impeccably every day.