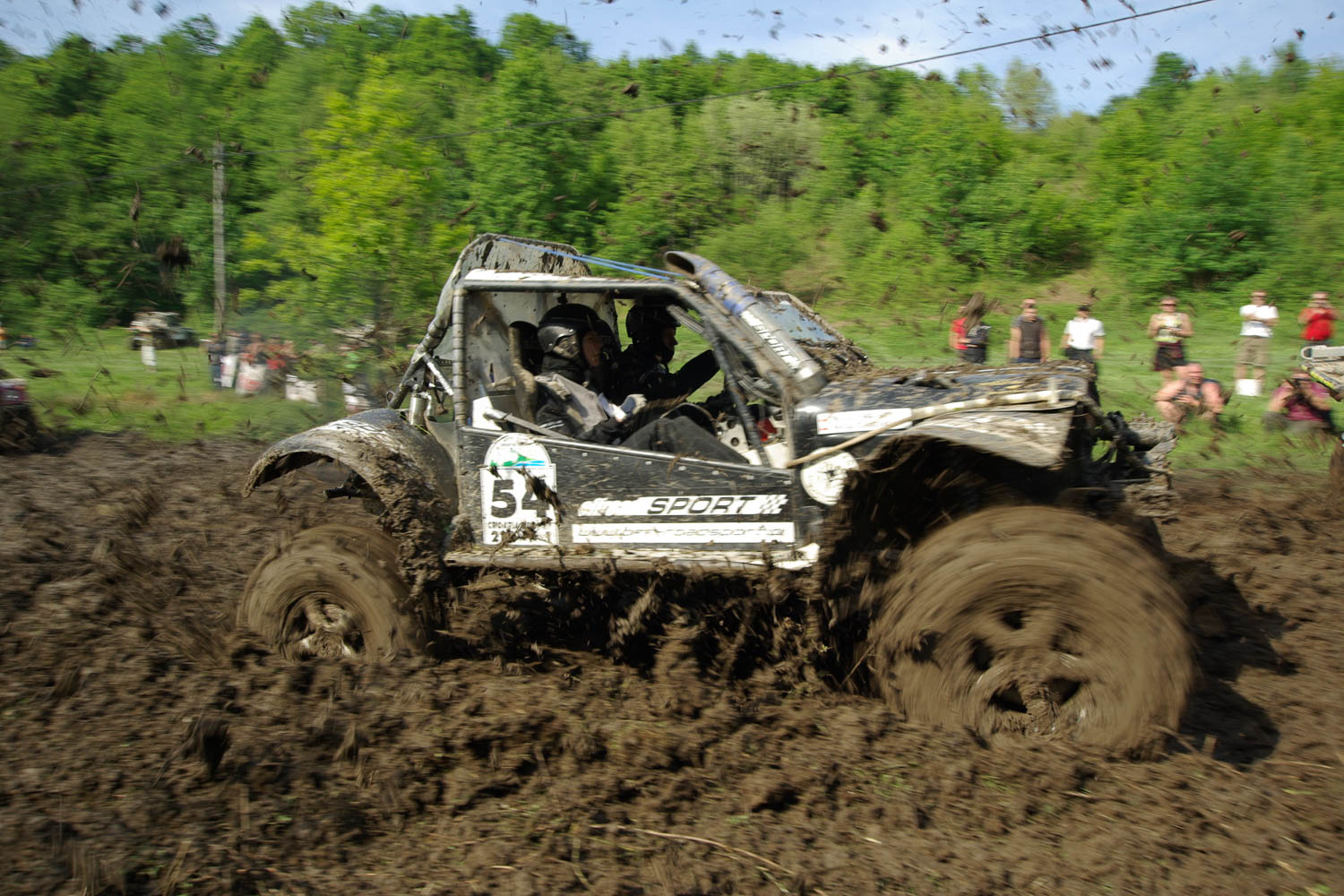 We spent the morning replacing the master and slave clutch cylinder (on the advice of Jansen– who reckoned that it was easier to do this rather than rebuilding the whole clutch!). And wouldn’t you know it – we got some form of a result. The slave cylinder was totally worn out.

We grabbed our helmets and dashed off to the start of the circuit race and arrived just in time for the 2 pm start of the ‘Extreme’ class. All the competitors lined up for the start in F1 fashion – two by two – for a spectacular four kilometre lap through the bush, with a pit stop thrown in along the way to change a tyre.

Enormous speed and massive noise and ten laps of close racing between the tuned TD5’s and V8’s! The catch phrase for Croatia trophy is: ‘F1 in MUD’ – and that’s exactly what you get!

Thankfully our (Adventure) class could start later. I couldn’t see us matching the raw power!

When it was our turn we started from the back and had some adrenaline filled moments – flying (literally) through the trees and sliding left-and-right in the deep ruts.

The wheel-change went perfectly and after our last lap we got an applause for our effort against the much more powerful Jeeps.

We were rather slow – the combination of 200tdi, the stronger-yet-not-so-well-fitting Nissan Patrol axles and the massive Simex’s had us in low-range all the way…

But what a kick to drive flat-out!

After the finish I found that I couldn’t turn left any more. We assumed some disastrous damage that would cost us the race, but on closer inspection it turned out that the steering arm had loosened itself and was now an inch longer. Better tighten it up some more and enjoy such easy repairs…