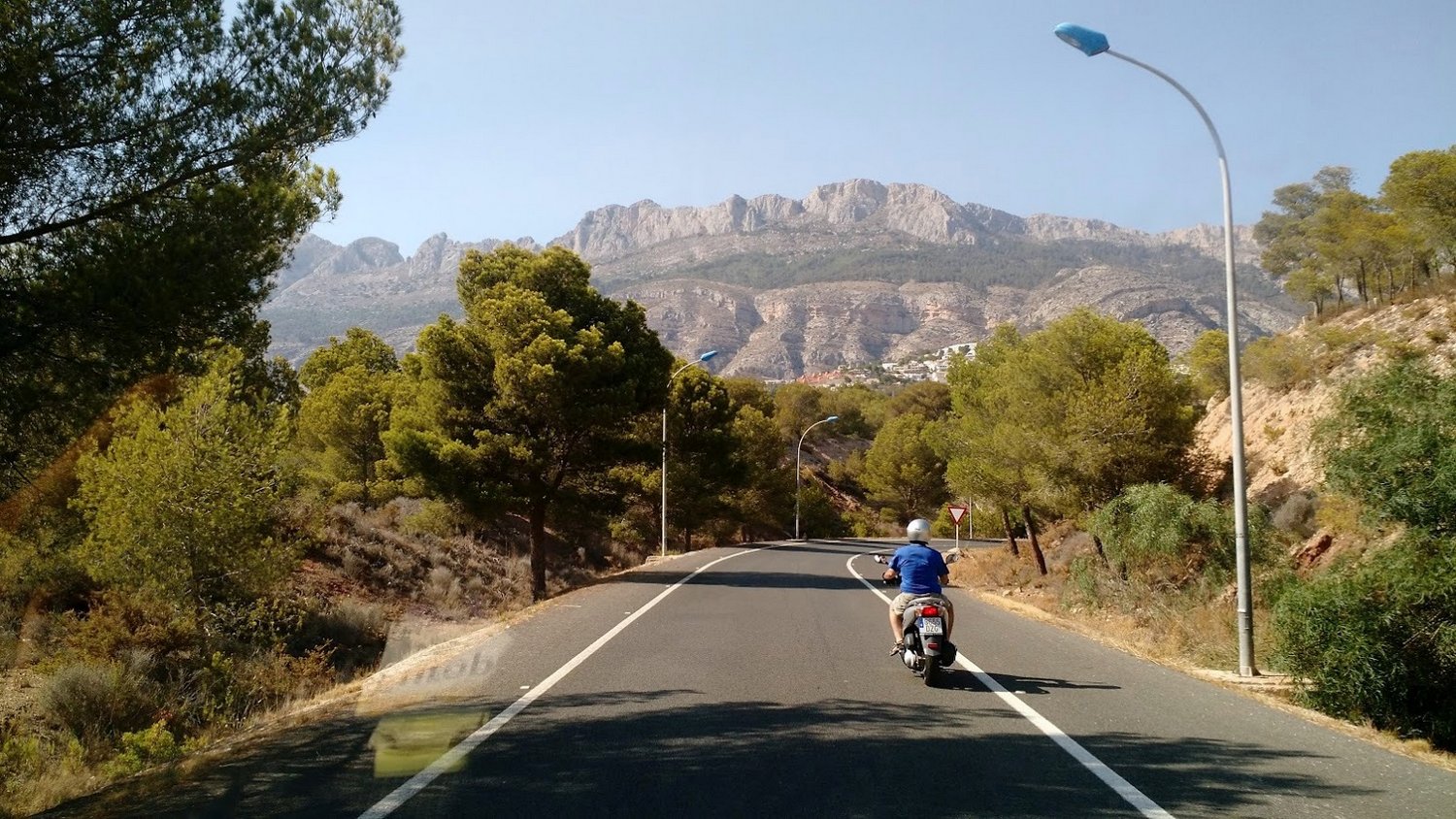 Would you believe that we are actually mobile and heading for the highway by nine-thirty? Not a bad effort from all involved.

We leave an empty campsite behind us – which means we have managed to squeeze all of our belongings into the vehicles – and are ready for another long day at the wheel.

The compass heading is southwest towards Bordeaux and the border at Irún and San Sebastian. It’s what sounds like a not too ambitious 750 km but we need to keep the pace up considering our leisurely departure hour.

It’s a nice drive though, especially coming to the border. Bordeaux has a wide river to the north and also a lengthy ring road running along the outskirts of town. We need to be vigilant if we’re not to miss our exit.

Beyond Bordeaux is an area that is used for forestry. Green pine tree forests line the road as well as large lumber mills with giant sprinklers keeping the stacked logs thoroughly soaked.

Eventually, a long winding descent brings us into Spain. I think I missed the border post…

Around San Sebastion and Zarautz, the road hugs the coast and we are treated to some great views of some of the rivers that end in the Atlantic. A brief sighting of the sea has us all chatting excitedly but eventually, the road directs us inland.

It’s a land of tunnels and viaducts. Like mini versions of Austria and Switzerland. The tunnels are hundreds of metres, instead of kilometres, in length.

Beautiful, green hills were certainly not how we had pictured Spain but as we leave the coast the countryside does become drier and the green becomes more of a dusty colour. Thankfully the traffic also disappears along with the greenery and the roads are incredibly free of cars. The obvious cliché is perhaps that the locals are having a siesta?

The ‘plains of Spain’ stretch out before us and after passing through another of the countless highway tollbooths we finally enter Burgos.

And are met with confusion. Where is the campsite? According to the navigation, there should be a road here? And a number of u-turns are made and roundabouts are circled.

When we finally find the place (it turns out that the ‘road’ had been turned into a cycling and walking lane) we need to switch from broken French to broken Spanish. Either way, it results in a compromise of English being attempted by both sides. Thankfully this does not prevent us from getting a spot under some trees.

Two minutes later I am once again proudly displaying my tent abilities and succumb to the call of a beer. It has been a relaxing day and it is good to be in Spain. The sun is making its presence felt and our journey seems to be becoming more of an adventure the further south we go.