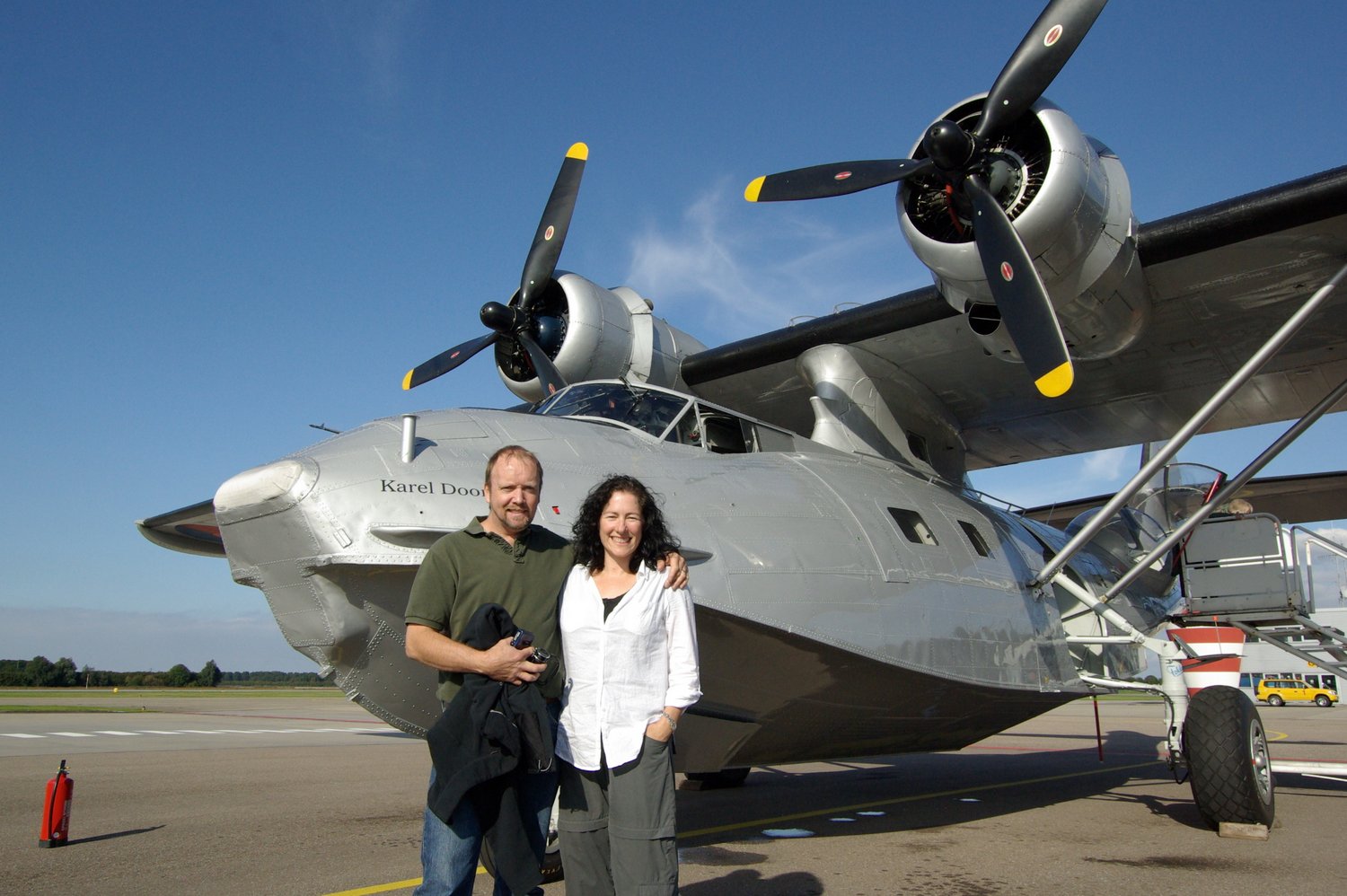 Far from the deadly task of being a patrol bomber during the second world war, this grand old dame is delighting historic plane enthusiasts with a “Splash & Go” in Lelystad. Every time we’ve seen and heard this magnificent water plane fly over our house, we promised ourselves “to have go”. Well, Marcel got fed up with the constant promising and booked us two tickets.

The weather gods played along very nicely, providing the perfect temperature, with just enough wind to cause a ripple on the water surface (so the plane could land) and loads of sunshine with dramatic cloudy backdrops.

It was a dream-come-true!

My favourite thing was being to walk around the plane, and peak over the pilot and co-pilot’s shoulders. Where else are you able to do that?

Shuddering flight controls, manual levers, old-school gauges. Looking out of the ‘bubble’ windows at the back was incredible. I don’t think there is any other plane out there where you can look forward at the engines on the wing? Or straight down. And straight to the rear.

The fuselage is very thin and not insulated. A dull thunk resounds if you tap the steel/aluminium. This increases the feeling of simplicity as well as the roar of the engines.

As we come in for a touch and go the far wing tips descend as floats to keep the equilibrium. The engines are actually revved up at this point to keep the ground (water) speed up in order to facilitate lift. As we leave the water the wingtips floats retract again and we’re airborne once more.

Old sailboats look on in wonder as we repeat this three times. The pilot reminds us to take turns at the back of the plane looking out of the bubble observation windows. There are eighteen of us onboard. If we all move aft, the trim overcomes the ability of the stabilisers to get the nose down. It is a delicate balance.

We move forward in the interests of self-preservation. And after an all-too-short flight, we come in for a landing back at the Aviodrome in Lelystad. A chirp from the tyres and the props wind down as we taxi to the stand, still trying to get our heads around the mechanicality of the whole thing. What an amazing experience!!! Check out their website at: http://www.catalina-pby.nl/