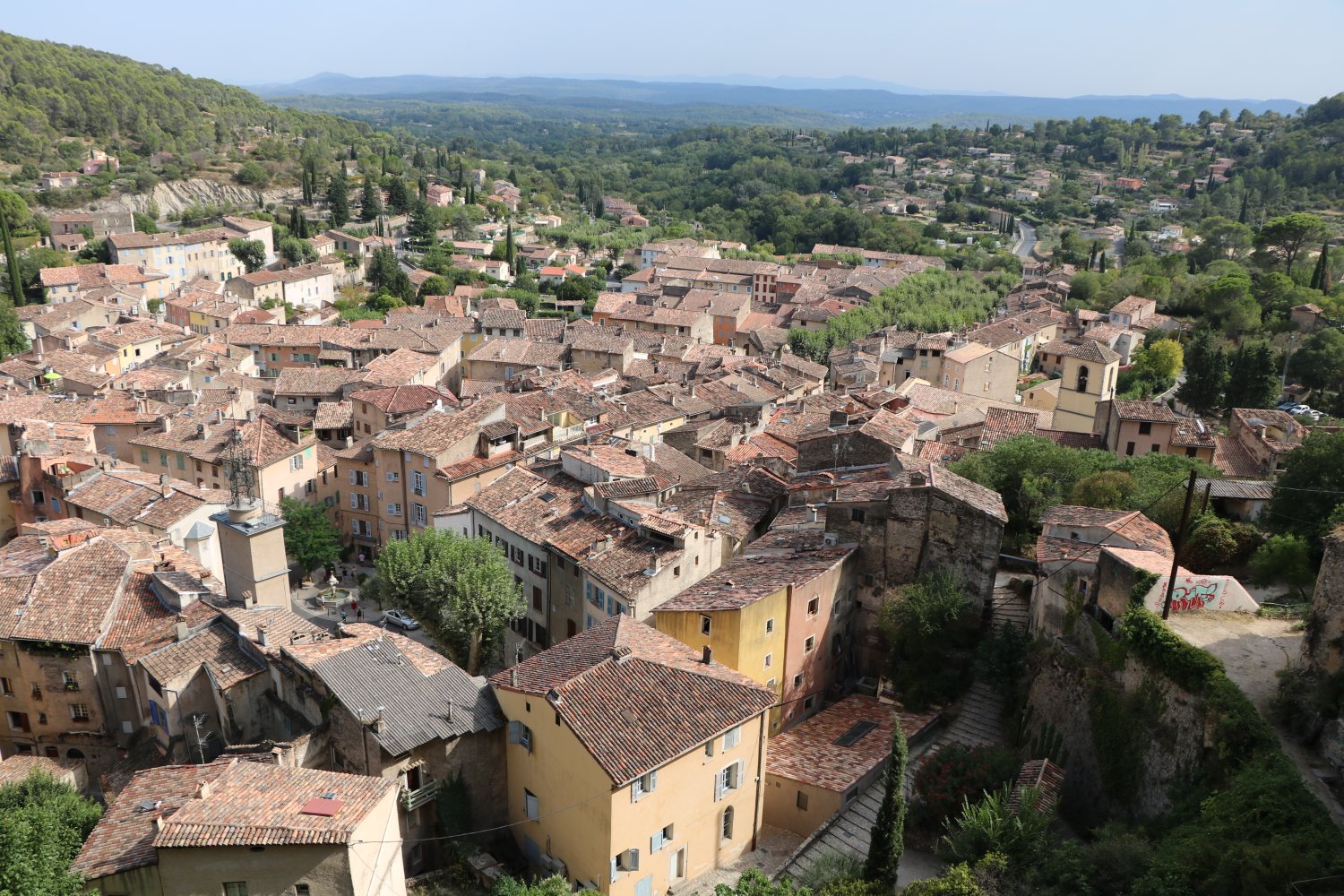 The most impressive thing you notice in Cotignac is the rocky backdrop known as Le Rocher. It was previously called La Falaise but was changed it that technically means sea cliff.

The impressive cliff in Cotignac has an interesting, steep walk up to formerly inhabited troglodyte dwelling with a magnificent view of the village and surrounding valley.

Marcel and I have attempted to go up the stairs about four or five times over the last couple of years, only to find it shut. So when our aunty and uncle visited from Canada, and mentioned they’d like to go, I jumped at the chance. What do you know? It was open. And breathtaking. Certainly worth the few euros they ask to help with maintenance.

Love this blog and reading you guys..Thanks for the beautiful pictures.
keep up the great work.
happy new year