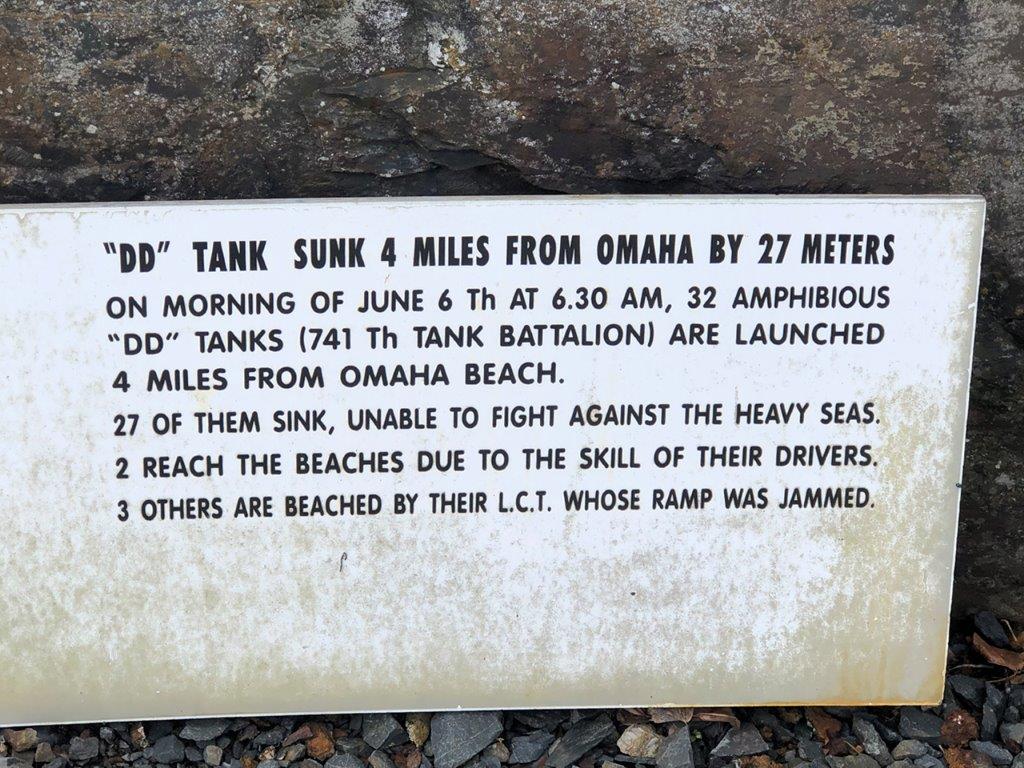 We visited this one in 2008 and were very impressed with the exhibits, notably the abundance of sea growth on the wrecks. Barnacled tanks, old sea mines, guns and parts off of ships that have lain in the bay for years had been preserved as a part of history.

The star exhibit (which can be viewed from a distance in the parking lot) is a Sherman tank – Dual Drive. Which meant that there are two propellers at the rear of the tank. The idea being that side skirts are raised around the hull which will make it buoyant and able to float into shore (as much as 40 tons of steel can float) using the propulsion from the propellers.

Theoretically a good idea (along with many others of the time). However, of the 32 units involved, 27 sank immediately succumbing to the waves, three are beached by landing craft, unable to apply their ramps and just two vehicles made it onto the beach (a testament to the drivers’ skill).

All in all just one example of many a crazy idea put into practice due to extraordinary circumstances.

Lost some of its magic…

Various salvaged pieces are on display including old wine bottles, cups, saucers, telescopes, brassware, aeroplane engines… And some of it is for sale! Which indirectly describes the decline and state of disrepair that the ‘museum’ finds itself in. We had the impression that the owners have lost the ‘magic’ – a good few of the exhibits had lost theirs, in form of perceived lustre and amount of barnacles attached…

Perhaps save yourselves the entry of €7.50 (which we paid for scientific purposes – so you don’t have to). Unless you are particularly attracted to the most interesting part of the museum which is the video and photographs documenting the salvage process. This seemed to be a private endeavour taking place sometime during the 70s (if I am not mistaken, judging from the video quality.