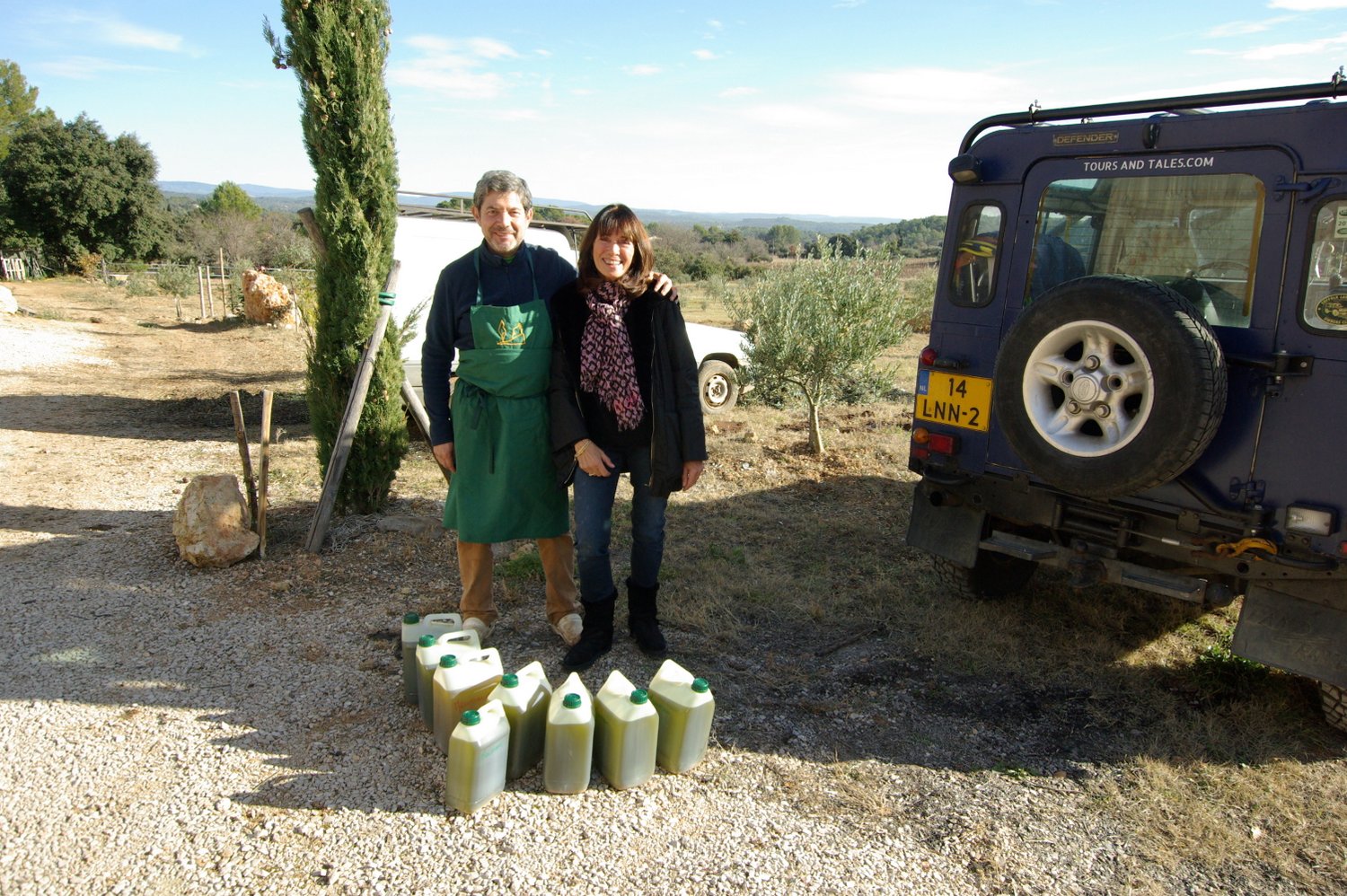 Today’s the day for Patricia. We collect the olive oil that’s been pressed from her grove. It’s rather impressive, the trees yielded 287,5 kgs and after tallying it up, we counted 37,5 litres of olive oil.

The Mudster is behaving surprisingly well, despite us not having done anything to the clutch. It still takes lower than it should, but he’s allowing us to change gears with relative ease. Patricia is very sporting, and hops up into our chariot. In these winding roads, it’s lovely having a passenger who also enjoys driving slowly. And not getting glowered at because you’re driving like a snail. It’s too beautiful a countryside to speed!!

The process of pressing oil at Le Moulin de Pascaline

Le Moulin de Pascaline is a delightful little drive into the countryside, and I could even engage low gear! Yeah baby. The proprietor was exceptionally helpful, considering they’re closed on Saturday mornings. He and Patricia handled the nitty gritty, and we loaded up the olive oil. As Patricia is of Greek descent, I can only imagine how much this must mean to her. In fact, all olive oil in France originates from Greece …

In the village … a celebratory drink

Naturally we popped into the village to celebrate! Before we made it to du Cours, Patricia knows the owner of the little antique store, whose trinkets catch my eye every time I walk past. A lovely reason to make our acquaintance. Ooh, this is a dangerous place … my magpie eye landed on a number of things. Sidsel, Kirsten and Maggie were at the usual table, this time with Jean-Michel. Nice to hear more French being spoken. Slowly it’s getting absorbed.

“Honey, could you have a look?”

Marcel comes upstairs and is surprised at what the tiles have revealed. What was left of the flooring support, has crumbled away. No wonder it was so wonky!! And it was only going to get worse.
So on Monday, we’re going to get some reinforcing gauze and concrete. I’ve got to say that I’m enjoying expanding my repertoire as a DIY-er. And having a live-in building foreman is priceless!