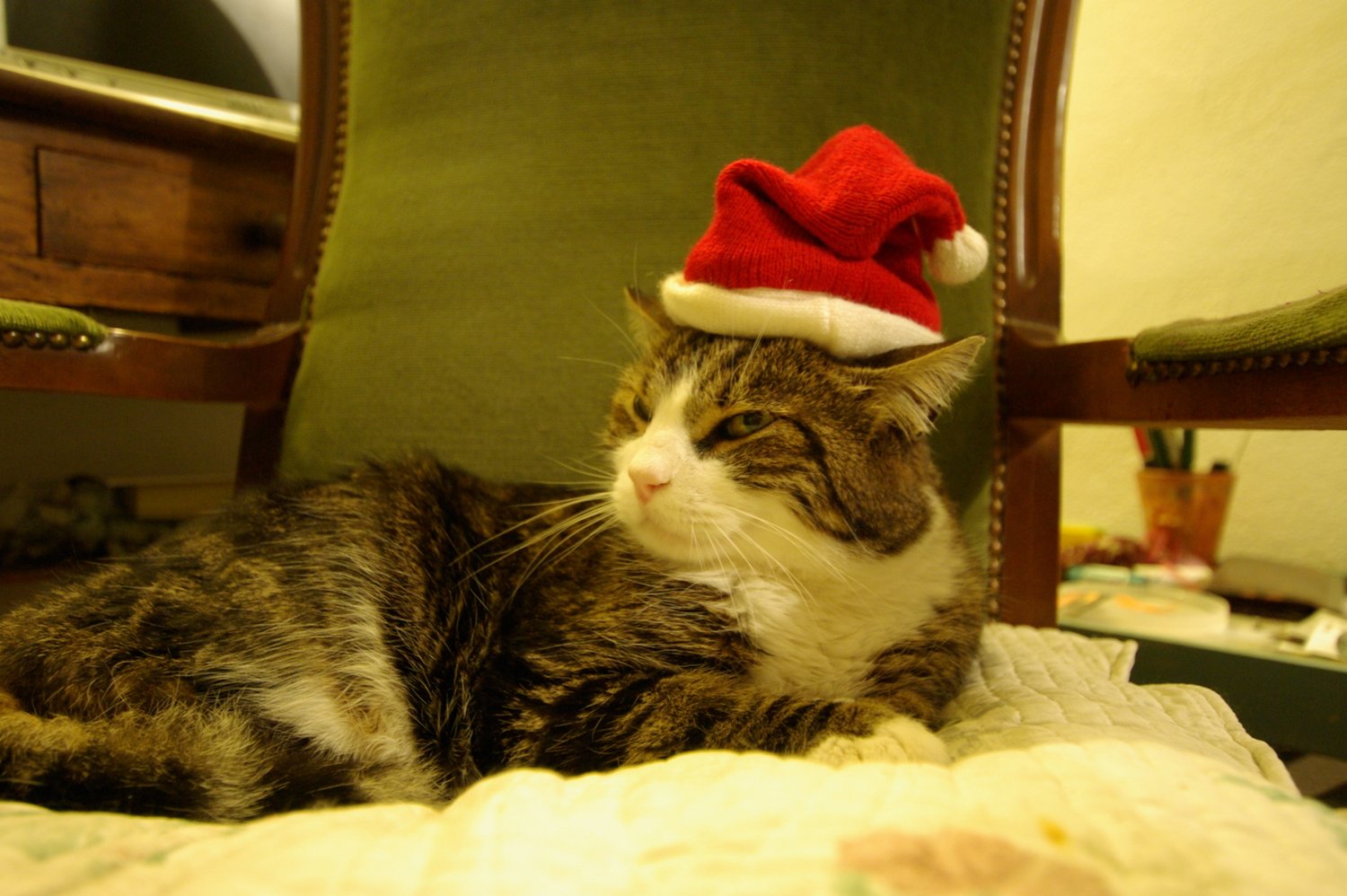 We woke up even later today … around noon! Wow. Guessing the sleep is needed? After a quick bite to eat, we got stuck into the house getting it ready for Rob, Diana and Naomi who are driving down from the Netherlands and arrive tomorrow.

Because we’ve been building up trust with Mado, we figured now’s the best time to ask him if we can take his photo with a Christmas hat on. Just like I do with people, I believe in asking an animal’s permission before taking their photo. If they’re keen, you get much better photos. We weren’t sure how Mado would react, but to our great surprise, he posed with his crown; turning his head this way and that, and then looking straight on, and blinking his eyes.

He then allowed me to scratch his chin to say thanks. Cuuuuute. But, having said that, this boy has the most incredible gaze. He could easily stare a skeleton out of its corpse! Letting “the Don” (as Marcel calls him) settle back into a snooze, I made a yummy soup – with chicken wings and loads of veggies. As a base, I used one of the tins from the larder we brought with us – Peri-Peri chicken. It almost had a Thai taste. Perhaps some fresh coriander, or black beans would have tipped it?

Perhaps because we don’t have children, or maybe because it’s easier for us, but we don’t believe in the whole commercial aspect of Christmas. Buying “stuff” so we can use it for a moment in time, and then to discard it along with the rest of the pile? Hmmm. We just don’t see the point. I see it more like a day of thanksgiving:

* tomorrow our good friends arrive, and we have family and loved ones around the world
* we have food and warmth, a comfy bed to sleep on, clothes and other essentials
* we’re in good health
* and most importantly, Marcel and I cherish our relationship that we’ve worked so damn hard on over the last 14 years!!

That’s a whole bunch to be grateful for. This festive season, what are you thankful for?