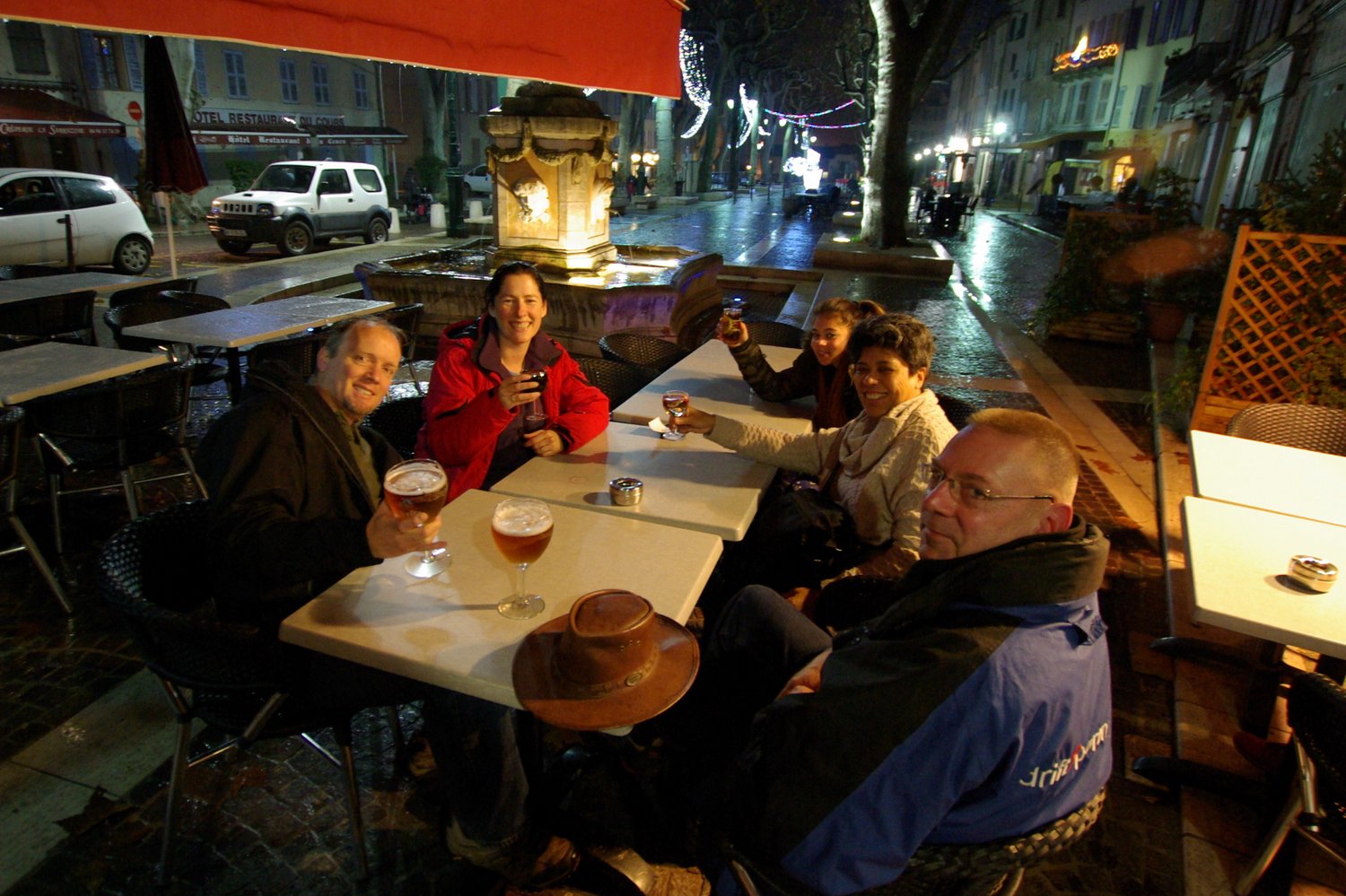 We thought we’d get in some last minute shopping before our fab friends arrived from Holland. As we drove towards Brignoles, the mist (or low clouds) set in over the hills. Stunning. After all the rain we were welcomed with streaks of sunshine. Like those depicted in Sunday School stories, where God speaks to mortals. There must have been a huge influx of Dutchies, because the shops … they were CRAZY!! Everyone had the same idea.

Having survived the last-minute shopping at L.Eclerc, we found a lovely little greenlaning route on the way home. Via the Olive Oil press. Up to the Abbey and then down the hill on washed-away gravel roads. Later we decided to get some dried wood and chips to help the fires get going, and took a little sight-seeing drive to Carces. Another helpful lady at the garden store near Intermarché!

It was after 5pm when Rob, Diana and Naomi trundled into town. We just missed their arrival down the main street. I was seriously hoping to capture the look of disbelief on people’s faces as they witnessed the stunning Volvo TGB 6-wheeler squeezing between these narrow alleys. Enfin. We had a welcome drink at Brasserie Phils. And then got them settled in and had dinner, albeit late, even by French standards. I’m still getting to grips with Pen’s oven that doesn’t have any markings anymore … someone had removed them in an over-eager cleaning spree.