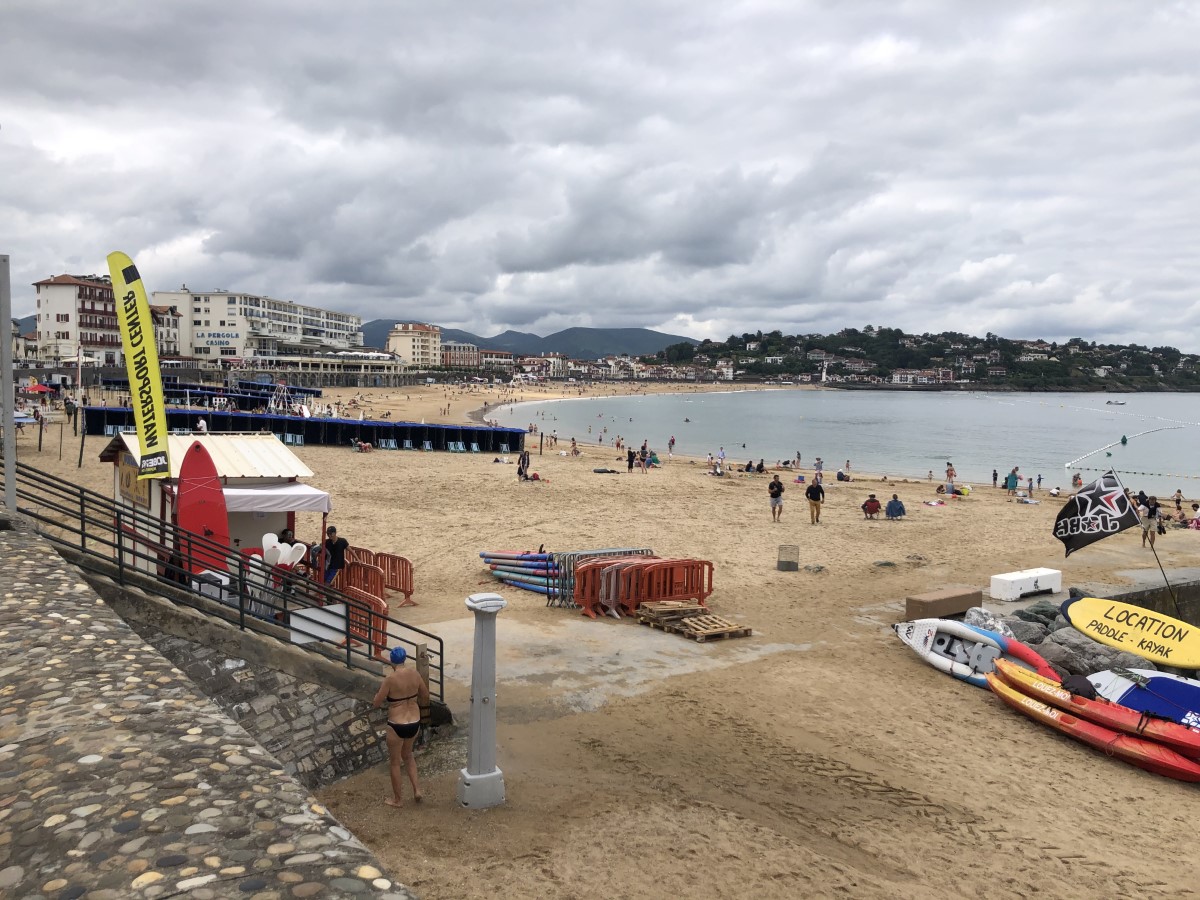 Barely half an hour south of Biarritz and perhaps within a short hike of the Spanish border lies the town of Saint-Jean-de-Luz. As usual, we are coming in cold – never having even heard of it before so we had no idea what to expect.

All we had in mind was a campsite near to the beach. Camping la Bord de Mer was our destination with a couple of fingers crossed that they would have some space for us.

We eventually found the campsite after a couple of attempts at a driveby and set up camp on a slightly sloping pitch. There was some nice green grass underfoot though…

It’s a tiered campsite, that is situated on a narrow piece of land between the road and the sheer cliff overlooking the sea.

Access to the beach is via the lower entrance road that bypasses the bistro/tapas bar with awesome sunset-watching potential.

We were entertained that evening by the ‘bull’-run show held next door. No idea what was going on but the presenter was certainly lively! The next evening the disco at the camping across the road started up and lasted quite late. But they had an awesome 80’s playlist!

The town is about half an hour’s walk from the campsite. This can be done along the main road or – mostly – along the seafront cliffs. There is a very large beachfront with a wide beach and a definite 70’s vibe going on. And although we didn’t see any – there seem to be a lot of references to surfing – perhaps just like Biarritz up the road.

The old centre of the town has a large selection of (high fashion) shops and cafés. On the coast overlooking the beach from the northern side of town is a rolling hillside with views of the entire area. Great for a stroll or a picnic, or for heading back to camp for a beer at Le Bistro du Mata!

It’s a good vibe at the camping. Busy enough to entertain yet calm enough to chill. There’s beach access, good views, some entertainment and Saint Jean de Luz is not far away. As is Biarritz and, not to forget, the Spanish border. This gets a hearty thumbs up.