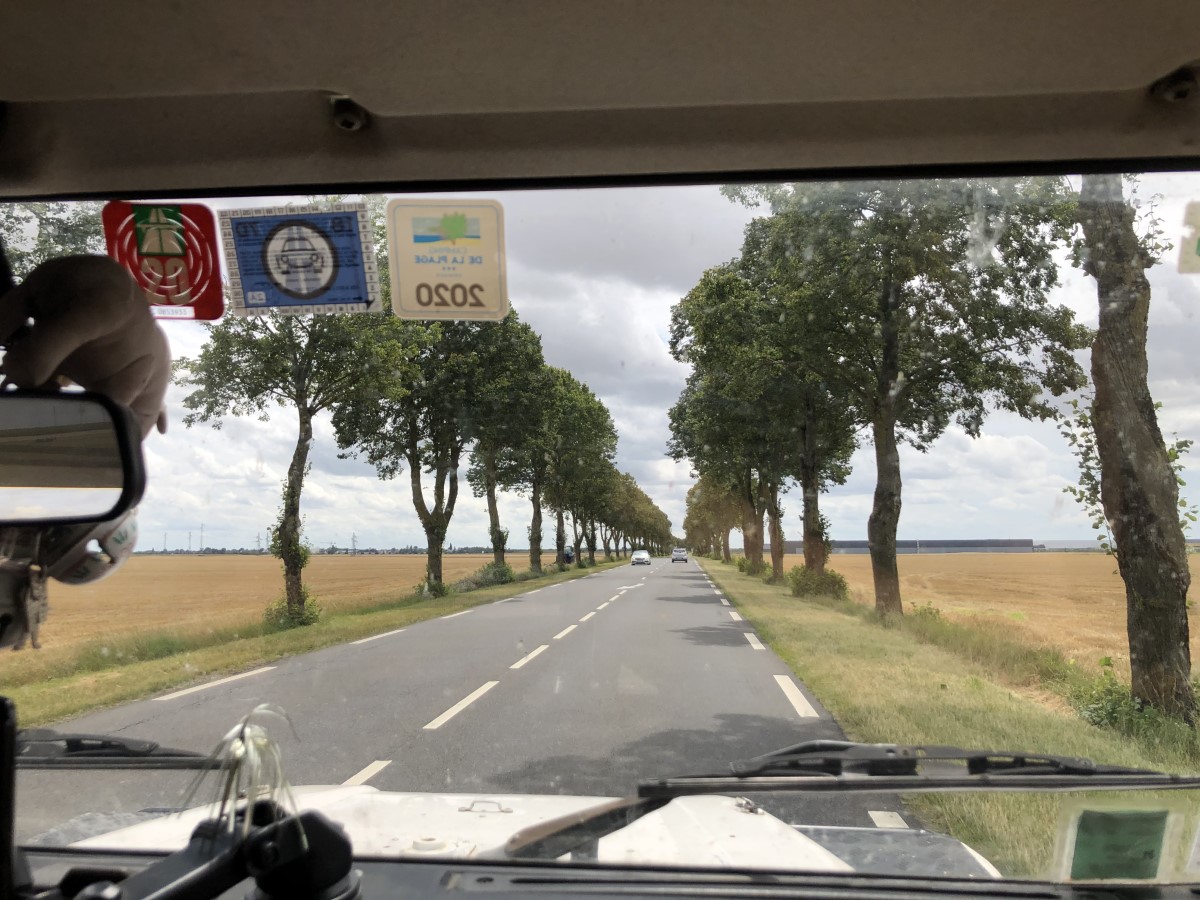 …this is arguably the most ‘normal’ camping in France if there is such a benchmark. It is somewhere south of Chateauroux on the road towards Limoges. This town was about as far south as we could get behind the wheel of the old Def since leaving Poix de Picardie this morning.

We followed some smaller roads and elected to park up while we still had a bit of daylight. Actually, more to the point, the Springboks were playing rugby this afternoon and there was a good chance of catching the kick-off!

Camping Les Chambons is right beside the river Creuse near the village of St Marcel (kickass name – but not, incidentally, the reason to stop here). There is a bar/restaurant and a small ablution block. Beyond that, the grassed pitches are fairly level and there is an electricity hook-up.

Not much else to report besides that it looks to be a regular transit camping where people stop in for the night on their way further south. You are surrounded by trees and the river is nice, with a trickle of background noise. It is a chilled place, very quiet – the advantage to picking the smaller towns to stop off at…

Now to push on further south and try to get somewhere near Spain… France has been good but we are itching for a new adventure.