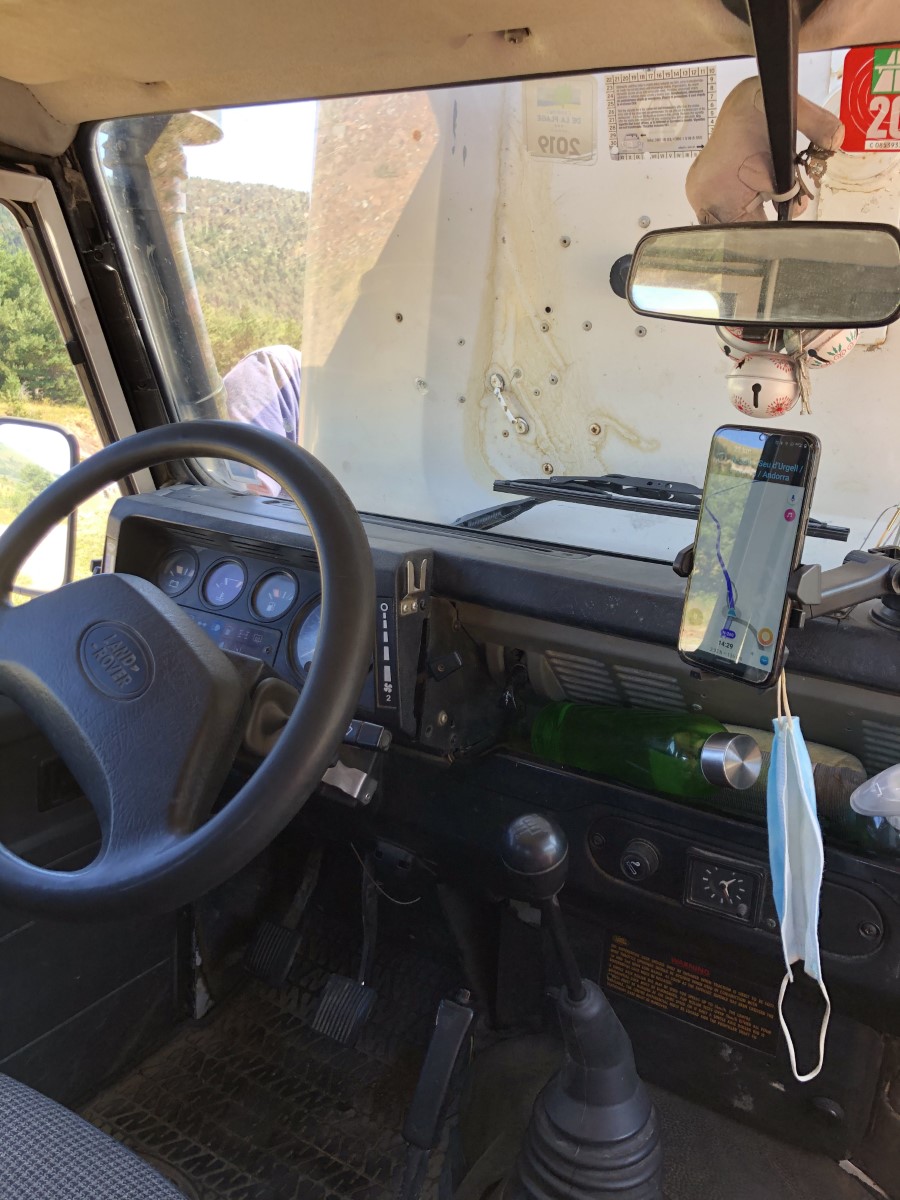 At the rather large dam called Pantà de Sant Antoni, we find Camping Gaset. This is an old-school style campsite with some older, fairly worn-out buildings, a camp shop, pool and restaurant. But the biggest draw is the dam itself.

The water is refreshing and quite clear as well, despite playing host to a number of speedboats dragging ski-bound individuals around. Quite a few foreign boats, as well as caravans, are parked/stored in the parking lot. The water level looks quite low and the result is a pretty wide ‘beach’ (just rocky sand) but it is awesome to jump in and have a swim!

The restaurant looks out over the ‘lake’ and is quite popular with the locals from the neighbouring village of Talarn. There are some purpose-built barbecue areas that are smokily taken advantage of by the Spanish. However, during the week the camp is pretty quiet…

The ablution blocks may be out of date (and don’t even try to breathe near the chemical waste outhouse – which is sited right next to the barbecues?) but the vibe is nice. So nice that we stay a week longer than planned – despite some torrential rain and relatively cramped conditions on the pitches. There wasn’t enough space to pitch the tent, so we slept in the Defender again. No great hardship there…

From this cool site, we head further east towards the French border. In a straight line to somewhere near Andorra (I had never even heard of this place before – but I can plead innocence since we grew up in South Africa and the high school geography classes were rather different…). There is a border town there named Puigcerda. I am guessing it is Spanish but it is literally divided in two, right across the border with France.

Before we get there we need to climb a fearsomely long and steep mountain road. At the town of Sort, we find some Guardia Civil very thoroughly checking cars, but we are waved through quickly. I guess they didn’t fancy going through the mountain of kit piled in the Landy as well as our trailer!

Here the road takes us on a never-ending, very steep trajectory towards the skies. It is rough going and pretty hard on the car. At certain stages, we are doing just 50km/h and struggling to maintain even that… But we manage to reach Port del Canto which is the highest point of the road giving widescreen views over in the direction of France. We give the old Landy a breather before we pick up the trail once again down the other side of the pass.

Somehow we manage to bypass Andorra for some reason (perhaps the navigation didn’t fancy going there?) and find ourselves in the border town of Puigcerda. Literally right on the border – so if you fancy a French baguette or a Spanish paella they’ve got you covered within half a mile…

Here we find the lowest star-rated campsite we have ever seen. And I have to say it is quite sad and even comes as a bit of a shock to find these dilapidated old, creaky caravans sagging slowly under a layer of moss and dust. The whole place has an air of neglect with patchy, unmowed grass growing up and around the moss-covered, boarded-up caravans that haven’t moved in years.

Besides the sidelong glances from a couple of scruffy individuals, there is nobody around. An ageing sign tacked to the grimy window of the ablution block says to find a pitch and someone will be around later.

This is where you can do one of two things: either move in for the ‘experience’ or move on and find somewhere a little more positive. We elect to move on as I was not prepared to lay down hard cash for this. You would do better parked in a layby on some forgotten road.

So we obviously don’t get to experience a (less than) one-star site, if only for the pretty draggy vibe. We re-cross the river into Spain where we, luckily, are able to find a four-star campsite. Nothing particularly newsworthy in that except for the fact that this four-star place has a cheaper rate compared to the dustbowl at Vera de Moncayo!

Here we have grass, new-looking ablutions and a great big pool. There is a very big bar and restaurant area, and to top it all off, a generally good vibe. Even some patchy grass trying to survive the heat. The whole site is set on a hillside and terraced roads give the option of chalets or open pitches.

It is all very well maintained and the main building houses the large restaurant as well as some hotel rooms. Possibly one of the better campsites we have seen in terms of presentation and upkeep. You just never know where you are going to end up when you’re on the road.

Dinner is a tasty homemade burger with a rosy-hued sunset view overlooking the hills in the distance. We spend the night sleeping in the car. A good option when we are just passing through. It’s pretty quick to set up, compared to the tent, and it sleeps so well.

Tomorrow we cross the frontier into France once again! Which is just a kilometre away, in fact. And try to traverse the last peaks of the Pyrenees in order to reach the French beaches…