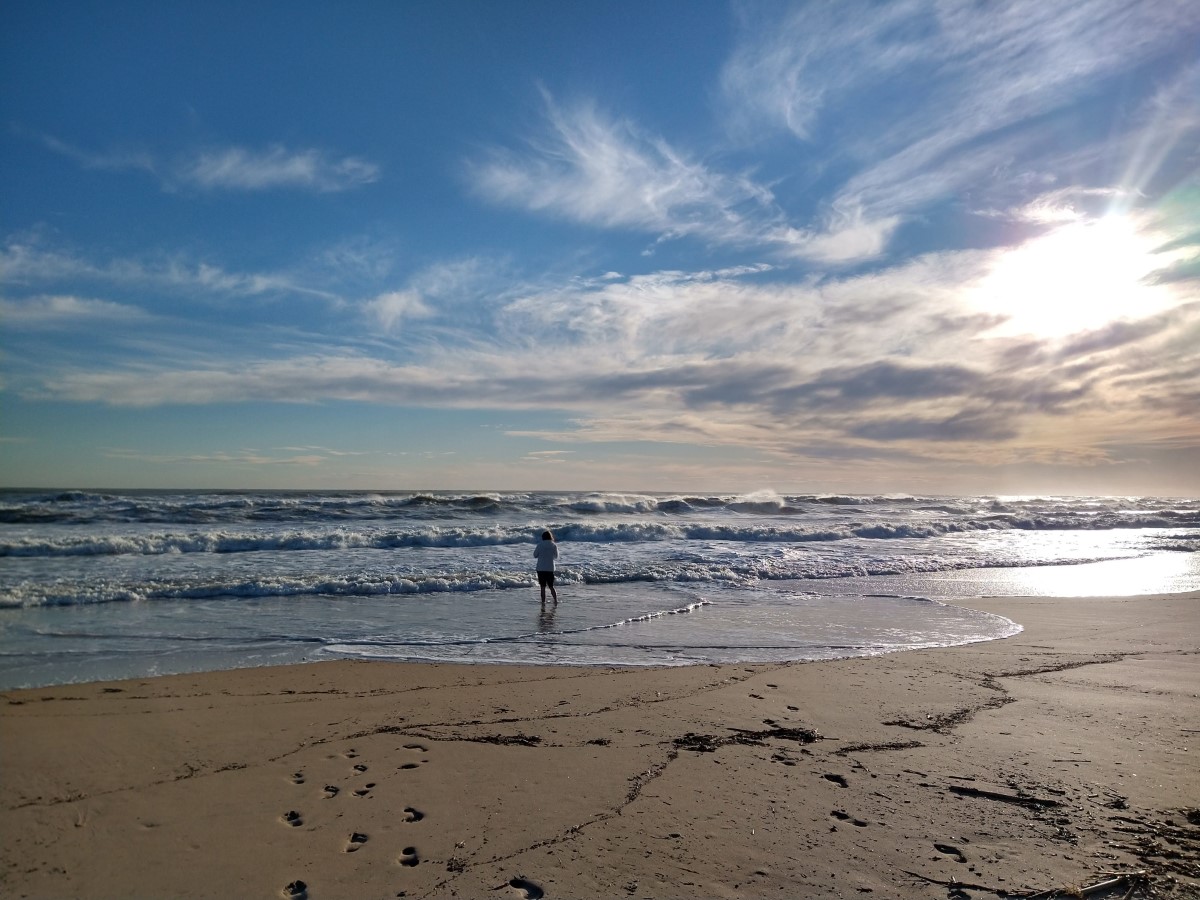 If you have the time and go about avoiding the highways, any stretch of coastline is just magic to experience. Narrow country lanes, tiny hamlets and each, in turn, bring a new vista. It could be a gorgeous mountain view, long, deserted beaches or a panoramic vista. Or equally a railway siding or a truck-lined port entrance, which is normally not on a postcard. But it’s all good because you really get a flavour of the whole region.

Except for perhaps for Valencia – which is not so good – if I may be so bold. We managed to traverse right down the centre of this city by mistake. I don’t think I could take another red traffic light or roundabout for a while. The place is a lot bigger than you think!

But the going gets better as the built-up areas thin out and we cross through long sections of forest and natural regions. There are also many greenhouses lining the road, of which we tried to speculate the contents. Tomatoes, pumpkin, potatoes… Not sure.

It’s a strange feeling when you are following the directions along country tracks and are then directed INTO a town towards the campsite. This normally sets off alarm bells because it normally means a four/five-star camping with a swimming pool, waterpark, tennis courts, jungle gyms, jacuzzi, foot spa, airconditioning etc.

No such worries here as there are none of those things! It strikes me as a little weird being situated right in the middle of an urban area (actually one long apartment lined road). Most of the town is deserted, except for a lone café defiantly keeping doors open. All the numerous appartments seem boarded up at this time of year…

First impressions are not very good – let’s get that right out of the way. Our pitch – one of the two-thirds still unoccupied – is tiny. The whole campsite has perhaps 30/40 pitches. And very small pitches at perhaps a double garage wide and long. Pretty tight, especially if you have a caravan. Luckily there weren’t many people so finding a spot wasn’t too difficult.

The owners are those laid back kinds of people letting you sort yourself out and then you go and report to them later. Not much to sort out for us in this regard as we elected to sleep in the car as we would push on again in the morning.

At first glance, the site looks quite old and lacking in maintenance and/or a lick of paint. The surrounding buildings overlooking the pitches are also a little rundown and sad looking.

However, when you climb the short, steep paved drive up the dune you instantly understand. The reception and restaurant face onto the beach that is literally at their doorstep.

The beach is deserted, with a couple of sagging volleyball nets and nothing else. It is one very long beach offering kilometres long views all the way to Cape Sant Antonio. This isn’t one of those pristine, patrolled waterfronts that are swept clean of debris every morning, but all the more inviting because it was quite isolated.

With the setting sun and some monstrous waves rolling quite far onto the beach this was a pretty dramatic setting. And some of the biggest, and deepest surf we have come across on this coastline of Europe so far.

The campsite has some quirkily-built ablution blocks, set into the dune – or looks that way. There are also a couple of cabins for rent, both on the campsite below as well as a couple of wooden chalets on the dune overlooking the beach.

What was quite cool was a cool contrast that arrived that evening. A solo cyclist on a trike (the same one that we had passed along the road hours ago) set up his camp in the darkness. All of his kit was strapped to his bicycle which is major kudos. And hats off to him for truly experiencing the open road in this (simplified) way.

Contrast this with a Tesla 3 and a… tent! This is on the opposite end of the spectrum of a tricycle and a pretty interesting duality on one pitch – a high tech vehicle meets a super-simple abode! You just never know what is going to roll into camp…

The town was deserted as was most of the coast. We have passed literally hundreds of kilometres of holiday apartments and highrises lining this part of the coast. I shudder to think of how it may be during the summer months.

So, for a final word I would say this is one of those camps that surprises with its hidden gems and character. If you can look past the dusty pitches, tight spaces and well-worn buildings it could be a good little spot for a couple of nights from which to explore the surroundings. Definitely on the quirky side of the pro/con column but in a good way!