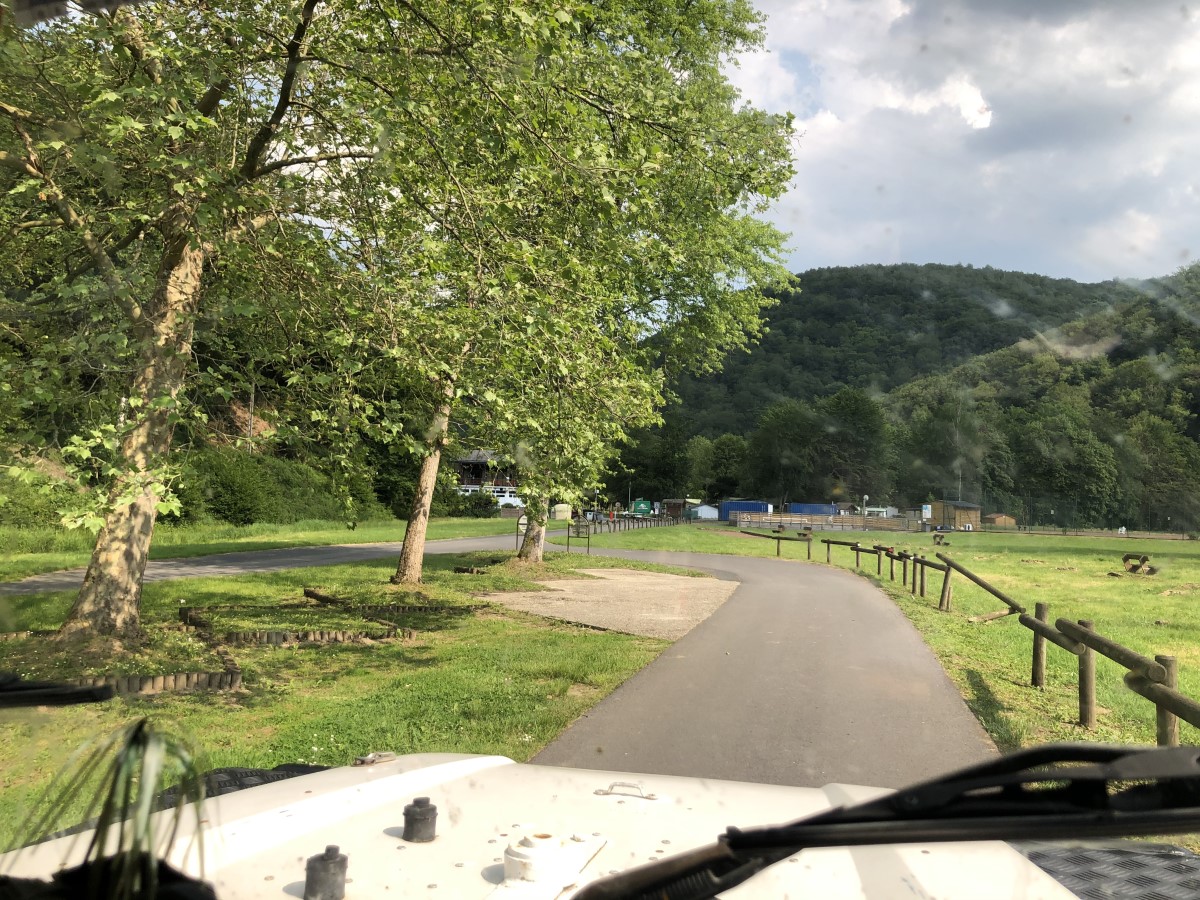 The journey from the Morvan region up to the French Ardennes is very picturesque – if you avoid the highway. Coming up past Troyes and Reims the countryside changes constantly. From thick, green forests we pass endless flowing hills of corn, wheat and vineyards.

In an (older) Defender you aren’t really going to be expected to cover any great amount of distance in one go. The pace is sedate, at a heady 95 km/h and progress is measured in time as opposed to distance. Six or seven hours will bag you in the region of four hundred kilometres. You arrive cramped, hot, tired and aching. But very chilled and relaxed. It sounds like a contradiction but there is no other way to describe this…

The French side of the Ardennes are perhaps not as well known, nor arguably as picturesque, but offer thick forests and steep hills and valleys. The area has small towns and villages hugging the river’s edge and large tracts of managed forest stewardship. Which is great to see.

This camping is situated along the Semois river and is no more than ten kilometres from the Belgian border. A border that may hold a romantic notion but is a frontier in name only.

And it is simply enormous. However, we pulled in and found we were amongst only a handful of caravans and campers on site. It seemed the camping was still gearing up for the summer season.

So while it was rather quiet in general we had a couple of other challenges – like finding our ‘pitch’. The grass was quite out of control due to a non-working mower and the little signs were practically invisible. Our options were also limited due to the availability of electricity only on certain pitches. We needed to plug in our fridge as our onboard converter had decided to retire from service…

So, on a site with over four hundred pitches – most of which were empty – we landed on a pitch without any shade. But… We had cold beer!

The ablutions are older buildings, but well maintained and clean. The only challenge was the distance of each of the two blocks – easily a couple of hundred yards away. I guess you need to put some work in for a shower!

The camp is set in a valley along the river surrounded by green forested hills. The setting is great and affords walking, cycling, swimming and even horse tours.

The only real negative from a practical point of view is the 4G connection which was very poor -due to the setting in the valley. For our work purposes, this was a challenge and found us moving onto the next destination after two nights. If you don’t need the speed, then this is a great place from which to explore the area…