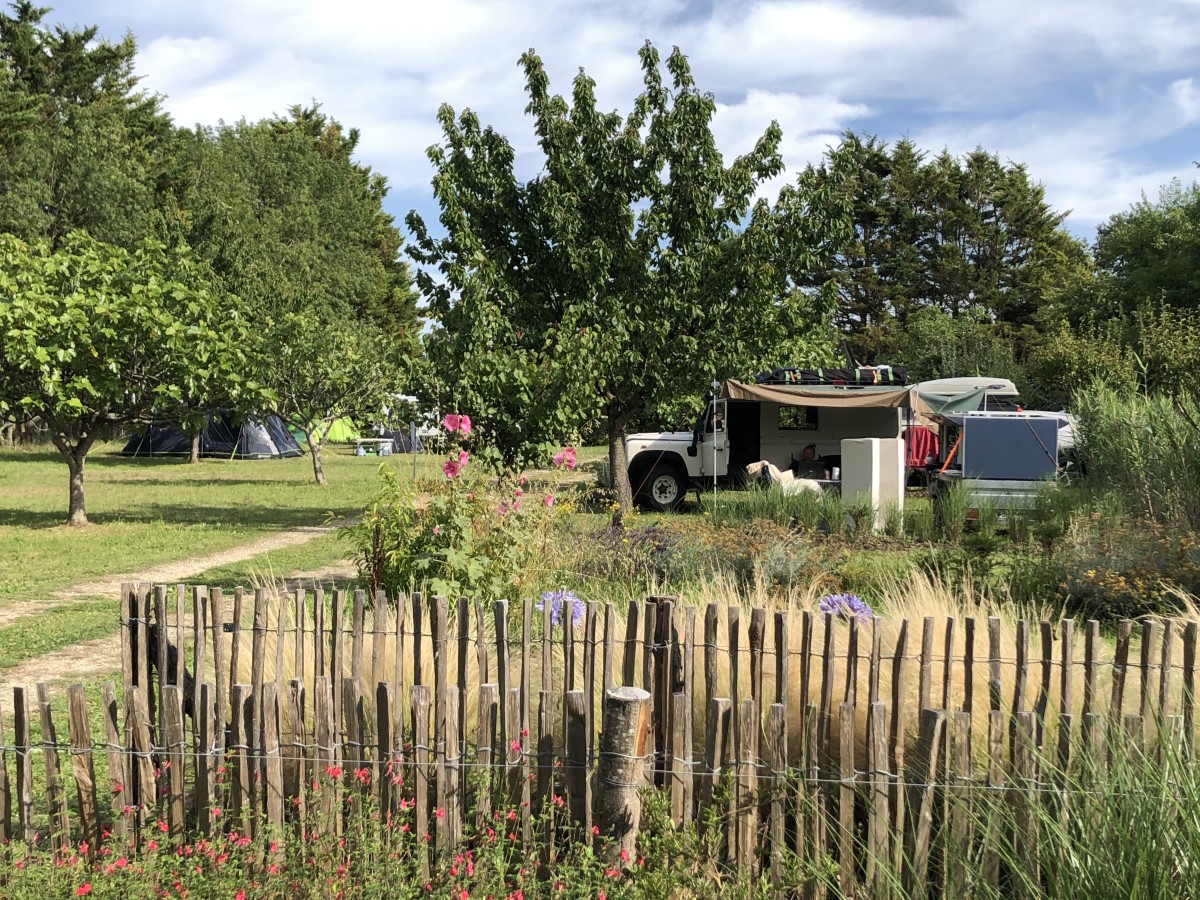 After having spent a great couple of days in camping de la Pree, which, as in the previous post, is near Saint Nazaire, we headed further south around the Bay of Biscay.

We pinned our destination on La Rochelle, en route to Spain, about a four-hour drive, giving us enough time to visit the aquarium at the Vieux Port La Rochelle.

But first, we thought we would find a campsite for the night in order to drop the car and be more mobile in the city. Which was not going to happen! It was fully booked, with no space at all… Mmm, okay. So the new plan is to go visit the aquarium and deal with accommodation later.

We had booked an online ticket for the aquarium because entry is blocked off to certain timeslots every day. This found us managing to find a place to park the Defender and trailer – after receiving the hairy eyeball from a coach driver when we tried to park in the touring bus area. Once we were fairly confident this would suffice, we set off on foot for the aquarium.

This building is situated alongside the Quai Louis Prunier next to the colourfully, very unmissable ‘umbrella’ roof of the maritime museum. Entry costs €17.50 per person. This is quite spicy in my book so expectations were very high.

And we were not disappointed. It is a fantastic exhibit and well worth spending a couple of hours for a visit! Themed sections like Pacific, Med, Coastal etc are moodily lit to offer the best views of the different aquarium inhabitants.

From jellyfish to seahorses to sharks and crayfish. It’s a substantial amount of ground to cover and at every turn, there is something new to learn. Near the end of the tour, there is also a tropical forest that is warm and humid with huge trees facing out of the large windows onto the Quai.

Coming out of the aquarium we heard the reason for the lack of space at the camping – a full-blown rock concert of sorts. And the old centre of the city is nearby as well. Along with the maritime museum, nearby seashores and beaches, it is a surprisingly vibey place to visit. We shall have to come back and do it justice, but for now, we were on a mission to boldly go… further south. So we needed to find ourselves a campsite.

A couple of phone calls secured us a pitch at the campsite near Dompierre-Sur-Mer which is about five kilometres inland from the city of La Rochelle. What is rather annoying to me is that I had phoned them from the docks in La Rochelle merely asking if they had space, which they did after a return phone call ten minutes later.

All of that being well and good but, on arrival, they went ahead and charged us a €10 booking fee on top of the €19 for the pitch! Considering that the campsite was only half full I found this to be beyond annoying but rather disrespectful and even distasteful. Not done yet they even wanted a further €5 for pitching our tent!

I begrudgingly agreed to put up with the nonsense as I – mistakenly – felt that we were committed, being tired and I was, at this stage, looking forward to some of Vic’s curry (it was her turn to cook that night). Looking for another place to park was becoming tedious to my fatigued mind.

This is also a good lesson in duality, i.e. acquiescing to another’s demands instead of just moving on. Or alternatively, you can look on the bright side.

For example, we had a pitch, it had grass, ablutions and an electricity plugin for the beer fridge. You tell me (I know what I would do in future) but at this point, we could leave again in the morning after a good night’s sleep.

The site seems to be one of those typical old-school campings frequented by younger families. It is very quiet, with just a couple of kids running around playing. The ablutions were pretty new (and clean) but you were made aware of respect for noise levels.

It is close enough to La Rochelle to make for a basecamp from which to stage a day trip, but I can’t help thinking that perhaps a campsite closer to the beach (and more friendly) would have suited better. ?

Would I recommend it?

Perhaps not, unsurprisingly. And why is that exactly? Is it the disparity of the clipped, orderly and ‘quiet’ state of what seems to be a pretty ‘rural’ camping with the urban centre of La Rochelle nearby? With a vibing city centre and even a rock concert in play? Or differing expectations? Especially at this time?

Should you be judging a campsite on their pricing strategy? Was I wrong in accepting that cost? After some weeks on the road, I have to say – yes.

We are talking about only €10 (and possibly an extra €5 we needed to barter for), but there is an expectation in the market for a certain value put on things.

Bread costs X amount. Eggs cost X amount. Campings cost X amount. Convenience adds a percentage. So my feeling (call it what you want) is that I came away thinking I had overpaid for the experience I had had. Should I accept that? Well, I did right?

After a delicious ‘Durban-style’ home-cooked chicken curry with the magic sauce – Mrs Ball’s chutney – we headed further south once again towards Bordeaux again. And to a campsite that was surprisingly good if you like surfing or, perhaps, surfing. Or cycling and long beach walks!