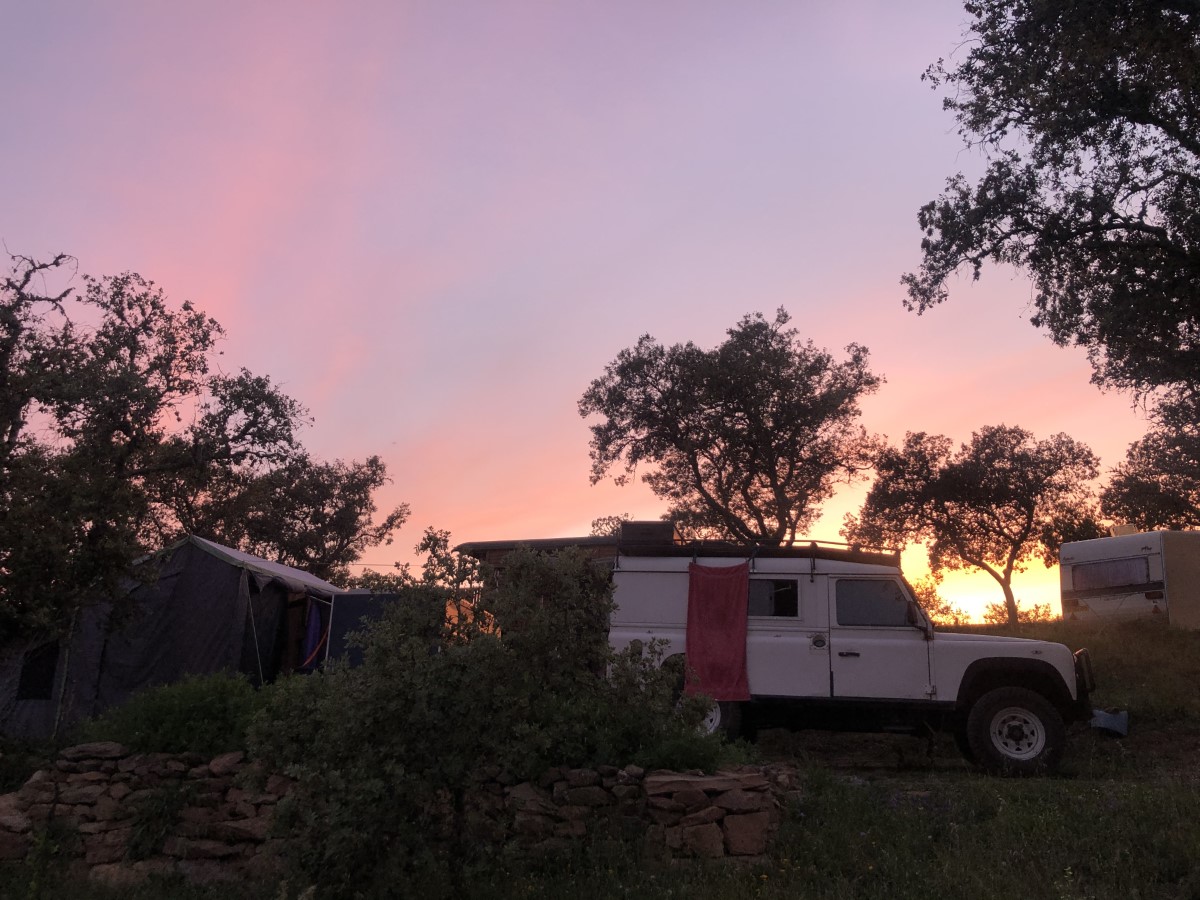 After spending the winter on the coast in the southwestern-most point of Spain, we move further west into Portugal and decide to follow a tip from a fellow camper.

Serro da Bica is about an hour north of Faro, an hour from the stunning west coast and a little higher in altitude than the beaches.

Ten kilometres south of Ourique is the campsite. Not very big with 25 or 26 pitches and is run by a dutch couple. IF you can secure a pitch further down from the reception area, then do so because you will be rewarded with a little more serenity and a bit of a view.

There’s a river nearby, just a couple of minutes walk which offers a refreshing dip when temperatures start heading north of 20 degrees.

The ablution block is good, offering roomy shower stalls and some warm water available at the washing up area. There’s a bar as well for a sundowner and we enjoyed a pizza night as well. The pizza oven was fired up and for a small fee, the campers were served woodfired pizzas and beer to go along with it.

We (once again) spent far longer than planned here, a total of five weeks. The relaxed vibe, nature, the river and surroundings along with a good 4G connection seduced us into parking up a little longer. You have to work from somewhere, right?

There are a number of walking and cycling routes set out for you to discover the surrounding landscape. And when we were there in spring whole hillsides were covered in flowers with just a couple of cows or a horse to spice up the ambience. There’s not much going on around here except for some small scale cattle and pig farms.

The campsite is about half a kilometre from the main road, which means it is pretty quiet but you can hear the road if the wind is right. This is dealt with after a few days by the brain’s ability to filter out background noise. Due to the remote location (about ten kilometres south of Ourique), it makes for great stargazing at night…

It is arguably a biased opinion if you go somewhere at a certain time of year. At the beginning of April, there aren’t many people in this area which adds to the chill vibe, I guess. Maybe they are all hanging out at the coast?

Whichever way you choose to look at it, there are only about 25 pitches in total, so it is never going to feel crowded. The visitors hanging out here are pretty chilled as well – a good mix of Germans, Dutch and a couple of stray English… Good friends well met with a similar thirst for the open road…

Now to head further north inland to another special place – quite possibly the best campsite in Europe!