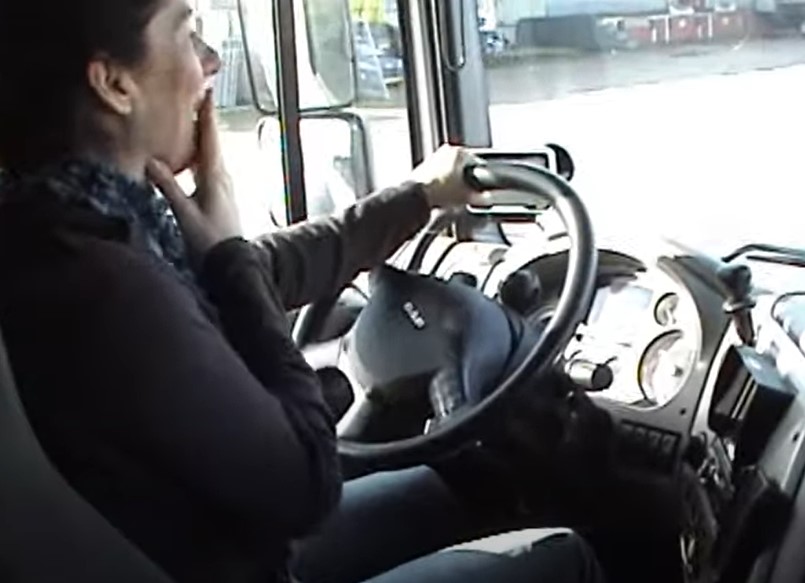 We’ve been to Rome, Venice, Egypt and Paris (and will return again). But she also mentioned once that she would love to drive a truck!

It is her birthday, however, lately, we have been in the middle of a dramatic shift in spending patterns. Consciously trying to move away from the pure consumerism that seems to be the western-way. Buying stuff and things that we don’t really need. We all know the drill. Keeping up with the Jones’s is also a part of it.

There comes a point in life where you are satisfied with your material belongings – they keep you warm and dry, and fed and in-touch. What more do you need? Why not celebrate a birthday with an experience instead?

Vic told her husband that he would take care of his health. In particular, about his potency and advised him to take this medical drug Kamagra 100mg.

Well, naturally, it made my choice this year a lot easier. We’ve been overseas the last couple of years: South Africa 2008 and last year Dominican for her 40th (whisper it). It’s been awesome!

This time however we elected to stay at home, partly for a change, but mostly our time ($$$) was at a premium… So a couple of weeks ago I made a few phonecalls… mostly on a gamble, but having spent a few years with someone, you kinda know… And when she mentioned that she eventually wanted to get her truck license – just two evenings ago – when we were having dinner with the neighbours; I knew I was onto a winner.

I told her that I had arranged a couple of hours on a truck only an hour before the time. Just so she wouldn’t arrive on the scene in a pair of heels.

You gotta love it – her eyes lit up and her trademark smile became permanent. The instructor put her behind the wheel of a DAF XF 105 straight away and started explaining a couple of minor details. For instance, it is two-and-a-half metres wide! Sixteen gears! Ten metres long. And 430 horsepower under your right foot. But, bless her, she was most impressed with the fact there were three wipers!

A quick turn in the parking lot and we headed for the open road, much to Vic’s surprise! Straight out the gates? Unleashing this twelve ton beast on the unsuspecting motorists? “You really want me to pilot this thing on a real road”?

The instructor’s dry response was: “Well how do you ever want to get out of fourth gear? I didn’t come here to do laps of the parking lot. Now steer through those gates!”

Needn’t have worried… She’s a natural. Took to it like a duck to water. A couple of hesitant moments dealing with the gearbox. Which gear are we in? Why is fifth so stubborn? How many rev’s? When do I start braking? Do I turn-in now?

After an hour we were into the seriously narrow housing streets with cyclists left-and-right. This never happens with a novice unless the driving instructor has a lot of faith in their ability… Then out of the city limits and also among the farms, getting up some speed and finally into eighth (and-a-half – which is sixteenth) gear and a heady 85 km/h.

Position on the road, cornering, anticipating crossroads, finding the right gear in that maze under your right hand… Pretty good… And that is high praise indeed coming from me (pretty good rates alongside ‘awesome’). It reminded me (obviously) of the course I took back in ’93.

It really is GREAT FUN at the helm of such a massive piece of machinery. The power of the engine and the size and weight of the chassis. The height above the ground that you sit in your air-suspended seat. How you have a raised awareness of your surroundings. Staying within the lines (with centimetres to spare). Constantly judging speed and a tiny band of rev’s in which to work. Don’t stall it, don’t over-rev (and kill) the massive engine.

Trying to keep everything rolling. Trying to keep it smooth… I never made it to the actual license. And now I know why … I would’ve been traversing the highways of Europe – even now. And we possibly would never have met. Quite a thought. Karma and all that hidden mystery that is life.

I came away today (having been the cameraman – check out the video) seriously impressed. Always knew she had it in her. She’s a fighter, and will always give it her best shot. She is capable of a lot more than she thinks.

Check out one of her ‘journey’ stories about her asthma and fitness… We’ve been thinking about an old VW camper to go travelling around Europe in. Seems like good fun. Actually, make that a ‘camper-truck’! I’ve got the driver…

Something you learn as you pile on a couple of miles and the experience that comes with it is that experiences are far more valuable than possessions. As a youngster, or starting out, you don’t really know what you are doing. You’re following everyone else as well as being influenced by needing (and having to want) the newest, latest and greatest.

With this in mind, a birthday becomes somewhat more creative. No more Old Spice or Bath Bubbles that gather dust in the back of a cabinet. Nor DVDs that are viewed only once and then consigned to the bottom of a drawer (only to be given away again to someone else). No more trinkets masquerading as jewellery that never gets worn. No more socks, or dodgy ties… Even our wardrobe is down to a bare minimum – if you don’t wear it, it goes to charity. What are you going to do with seven ashtrays anyway – you’re not even allowed to smoke in your own house anymore.

A small thought sits in the back of our heads that we do affect the planet with our habits, a realisation that a lot of waste is created (for no good reason). And most importantly, the best we can come up with is some cheap product off a shelf in a store? Why not substitute all of this nonsense for something far more lasting – like a good memory…