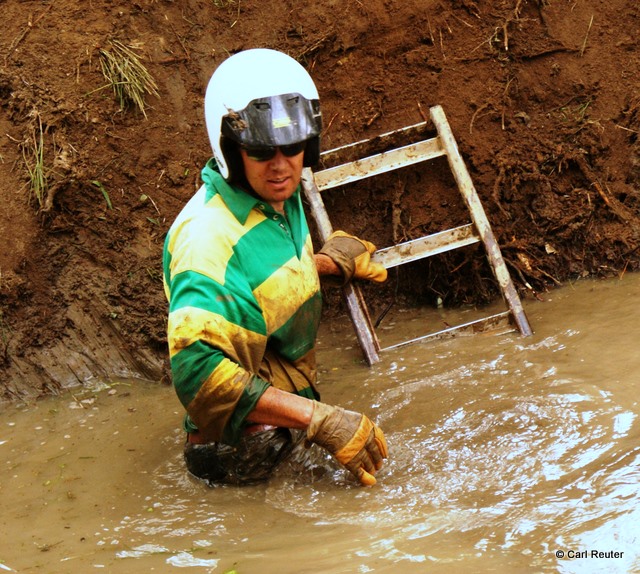 And not just the forests but the Croatia Trophy. This is one of the toughest offroad battles for many a well-prepared team with big budgets and even bigger vehicles! Huge Buggy’s, modified Jeeps, Land Rovers… And from all over Europe. A multi-national mix of considerable experience.

Most had been here before. Some (like the large English contingent) had read and heard about it, and were ready for action! Quite a few found the going too tough to finish. Others even stepped down from ‘Extreme Trophy’ class to the ‘Adventure Trophy’ – due to underestimating the challenge!

We arrived considerably under-prepared with a factory-finished Defender 90 (finished in 1985!). With no time and more pressingly, no budget, I guess we were a small band of nutters operating on a shoestring. But we were hell-bent on getting to a patch of grass in the middle of nowhere, somewhere near the border of Croatia…

A massive thank you to WIWO 4×4 for their monumental effort to get the car ready (read about our trial run in Poland)… Without Wojtek’s help, we probably wouldn’t have made it!

shortlist of our vehicle prep:

We put our joy (and pride) on the trailers and headed for the Austrian border – the first stop for our small entourage on a meeting with our destiny!!! Okay, okay, enough with the theatrics!

Unhindered by any experience…

We had absolute faith in our steed. Our underpowered, rusting, overweight, oil-leaking steed! Never mind the small detail of faith in ourselves! With zero experience at offroad racing – we were just making it up as we went along!

Our biggest fear? Naturally – ‘Don’t break the car!’… Otherwise, you’re nowhere… So, obviously, we weren’t at the front of the pack (in the Adventure class). While we were trying to save the car from our own driving inexperience the most serious problems we had were not from our inability at the wheel, but from a lack of preparation and experience, most notable being mechanical:

The last problem (above) was why we didn’t finish the last stage. Our last remaining spare was fitted (in the field) and we decided to get back to camp while we still could on our own steam.

Another experience that will only serve to guide us in the future. Thankfully we shared our camp with Jansen Used Laro Spares, who shared advice and spares with us.

So, we managed to get our medals! In ninth place as well. Three cars went home early, but we managed to stay ahead of the (tough but slow)Unimog;-)

But what an absolutely awesome competition! An incredible experience with highlights being:

We came to Croatia not knowing what to really expect from the competition, but ended up competing against ourselves! And guess who has the widest grin!!!

These photos show a couple of bumps and scrapes that we encountered – and we are actually pretty happy with them. I mean, coming to one of the toughest competitions in Europe and leaving without a scratch??? And if this is all?!? Then we’ll obviously be back next year!