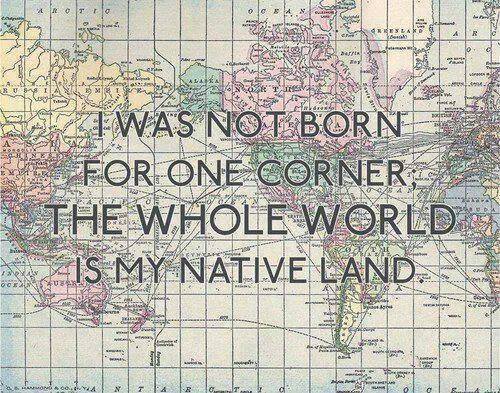 “No matter where you come from, as long as you’re a black man, you’re an African. No mind your nationality, you have got the identity of an African”.

Albeit in reverse Peter Tosh sings about the way I felt a lot of the time while growing up in South Africa with my pale skin – I felt out of place in my country of birth. The old apartheid “European Only” signs indicated that a white skin meant that we were European, but we felt African. So, who and what are we? Are we South Africans? Are we English? Are we Dutch? What about the French influence?

In June 2004, we embarked on a quest to discover the similarities and differences between Holland, England and South Africa.

The most obvious similarities are the names of cities and towns that you also find on the South African map and of course the Afrikaans language (one of South Africa’s 11 official languages), which stems from Dutch way back when.

Driving through the flat countryside in The Netherlands somehow reminds us of the Karoo. Just a lot greener. With well-fed cows and horizontal horses (not knowing they CAN sleep lying down, I thought they all had colic and were going to die). And of course there are loads of sheep, which remind us of that succulent Karoo lamb.

The biggest difference between Holland and South Africa is the water. South Africa is sunny and dry and Holland is the land of water and canals. In our limited knowledge, we vote Amsterdam as one of the most beautiful cities in the world with its canals and willows accentuating stunning gables on buildings dating back hundreds of years.

We swiftly moved on through Belgium – the roads enroute to France aren’t very different to Holland. Flat and boring, uh … industrial. But hey – we’re in another country! Then we headed into France, and just having watched the WWII memorial service, we were excited to be leaving the Continent from Dunkerque.

We’d organised a late arrival with the hotel, but with 10 minutes to spare and panicking slightly, we got lost (in France in love … remember from the song?). The hotel staff didn’t speak English or Dutch, but handed the phone to an English guest who gave us directions. That’s when it really strikes you that you’re in a different country!

We got an early start to catch the ferry to Dover. I’d been wanting to see the White Cliffs as far back as I can remember. The ol’ English country songs and scenic movies (from whence many a soul had flung themselves) and Dover Street in Randburg with its office block ‘ White Cliffs’ (corny, I know). The real cliffs did not disappoint. They seemed so small at first but loomed ever closer, changing from white to a multitude of pastel hues. I was in my element!

We headed due North, past London, waving hello to Essex (where Dad was born) and ambled upcountry roads reminiscent of Cape Town and KwaZulu Natal (no wonder they became English strongholds). Quaint is a good word.

All our childhood picture books appeared before us. Scenic Christmas cards without the snow. Stone cottages, farmhouses and well-fed cattle are a sharp contrast to scrawny cows and shanty-towns dotted around South Africa. Skirting past Sherwood Forest, we craned our necks to spot Robin Hood, but not enough in fear of catching an arrow.

As dusk was falling, we entered Newcastle and joined our family for a private celebration. From Newcastle, we took the scenic coastal route to Edinburgh. We love this epitome of mediaeval, even the soot on the buildings is centuries old.

The city-tour bus is an absolute must, with its dramatic recall of history. You can hear the cry of people on the bandwagon en-route to being hung. As a South African/Dutch couple speaking English, dining in an Italian restaurant in Scotland, served by a French waiter, we’re beginning to wonder if perhaps the world is too small to worry about which nationality we belong to?

Further north we wanted to pop in and visit Nessie at Drumnadrochit, so decided on the high road to Inverness and then back down the other side of the Loch. The more North we went the more isolated the roads became, a deja vu from our road trip in SA where the Northern Cape is just as lonely. But warmer. Midsummer, you think you wouldn’t need a jersey? HA HA. We didn’t pack one!

And froze our socks off. We missed the last Nessie-ferry by two minutes and tried to find her from the roadside, but she was swimming elsewhere. So we went to the pub for a whisky instead. Yummy. A definite must-come-back!

The next day we needed to “fly south” for our return trip as we were spending the night in Brighton. So munching on shortbread, we darted through loch-hugging hills and vales. The images still flash before my eyes.

We passed through Glasgow and then back into England. The low stone walls crisscrossing the landscapes are gorgeous. A hectic day of solid driving followed – 12 hours in the car, with just enough time to get a drive-by lunch.

The English countryside has a soft, gentle feel. South Africa is bright, sharp and intense. Fortunately, it was still light when we arrived in Brighton (no, it wasn’t the reflection from the pier). Our hotel was grand, on the corner, right in front of the esplanade.

Definite old-school Colonial feel. Popular with the old-folks. Optimistically I brought my cossie (swimsuit) for a dip in the sea. Taking a look at the murky water we realised how lucky we were with the beaches in SA …

The rest of Brighton reminded us of any Jo’burg or Cape Town suburb. Same style houses, gardens, parks, road signs, it was quite startling. We had an amazing dinner at a Thai restaurant where you could also buy the decor and furniture, like the one in Riebeek’s Kasteel during our SA road trip. The pier did seem a little cheesy though, like a freeze-frame from the 70’s.

Back to the mainland

Our last day of the whirlwind tour was another mammoth 12-hour day of driving. Back over on the ferry to Dunkerque. Then retracing our steps, we contemplated our past, our present and the future. Had we achieved our goal? Did we feel more European? Could we see where we’ve come from? Had we identified the influences on our lives? Well, we’re a few steps closer.

A lot of what we have seen feels like home, and at first glance, we belong here. People assume we’re local. Until we start speaking and our accents betray us. A cross-pollination of South African, English, Dutch, and worldwide exposure, sometimes we’re even mistaken for Australians or Americans (obviously not by Australians or Americans).