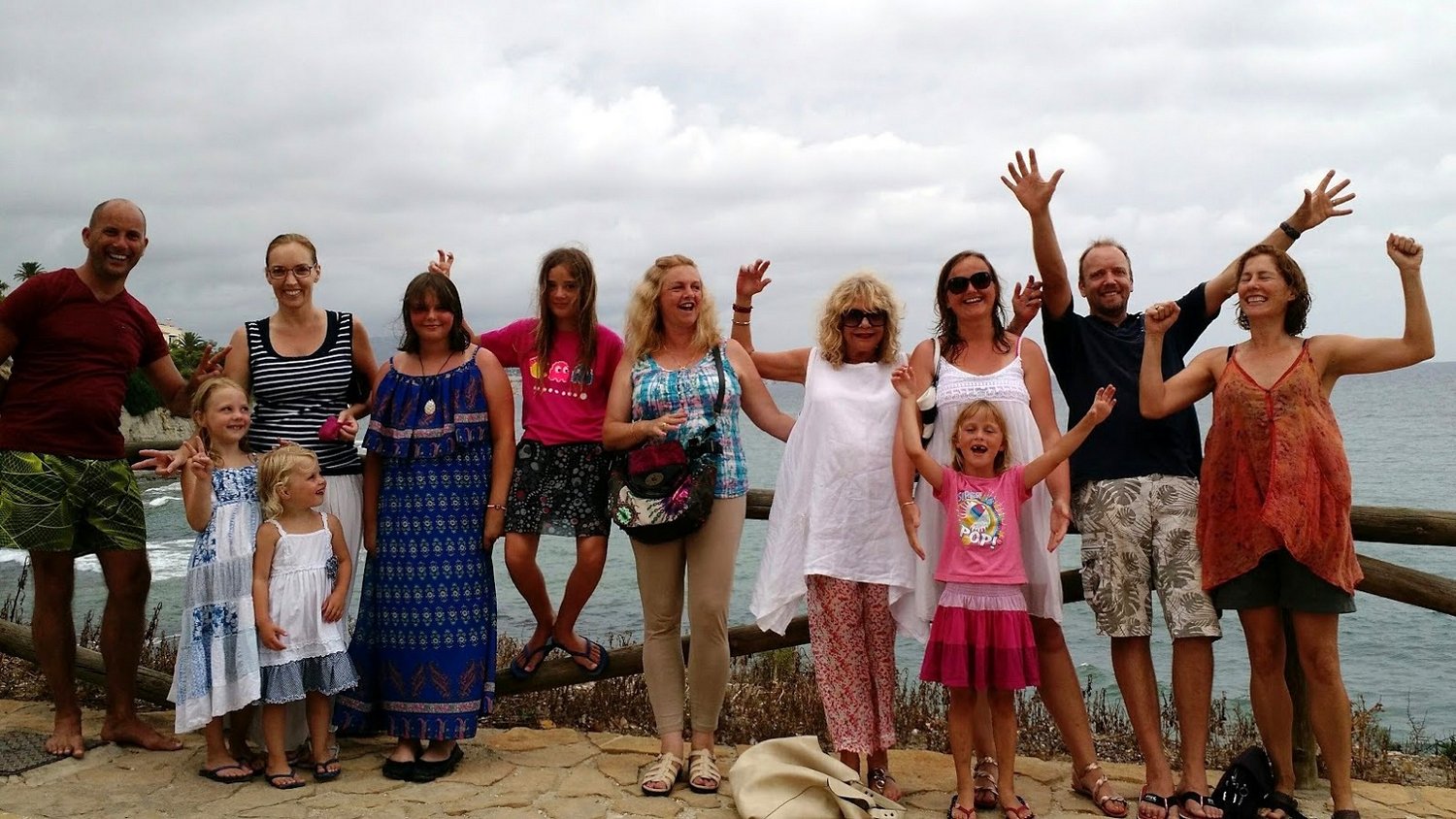 Golden sunshine accompanied us past Mont St. Victoire on our journey towards Spain. Auntie Pen was happy to trundle along with us in the Landy over a couple of days, instead of taking an EasyJet.

The campsites were a little too busy for our rustic preference, but we enjoyed a chilled drive down the coast. We’re still searching for the ‘quiet little campings in Southern Europe’ guidebook. Anyone have any ideas?

Our family had booked a large self-catering house in Calpe which is up the coast from Alicante. Not too far from the beach and with its own swimming pool. What a luxury.

It’s really nice when everyone does their own thing, and you get together when you want to. We walked a lot, especially along the promenades hugging the coastline. Not being as enthusiastic as Kinga about Zumba lessons on the beach, I dragged Marcel around the city doing sight-seeing with an occasional dip in the sea. Or would that be called sight-seaing? LOL.

The busy tourist season in Cotignac was in full swing, so we couldn’t take off too much time and wanted to take it easy on the way back too.

We found a water sports centre and wanted to go scuba diving, however, the wind was too heavy so instead, we enjoyed another laid-back drink in the sunshine.

The rest of the group left the following week, with Susan and Khiana earning their guppy (diving) status. Yay, welcome to the diving fraternity!

At the Spanish/French border, we bought a lovely box of frozen langoustines and big tins of olive oil. Pen took advantage of the cheaper ciggies.

On setting up camp, our dinner was still a bit frozen. No worries, we had time to let them defrost slowly while we enjoyed Spanish rosé sangria made in a teapot.