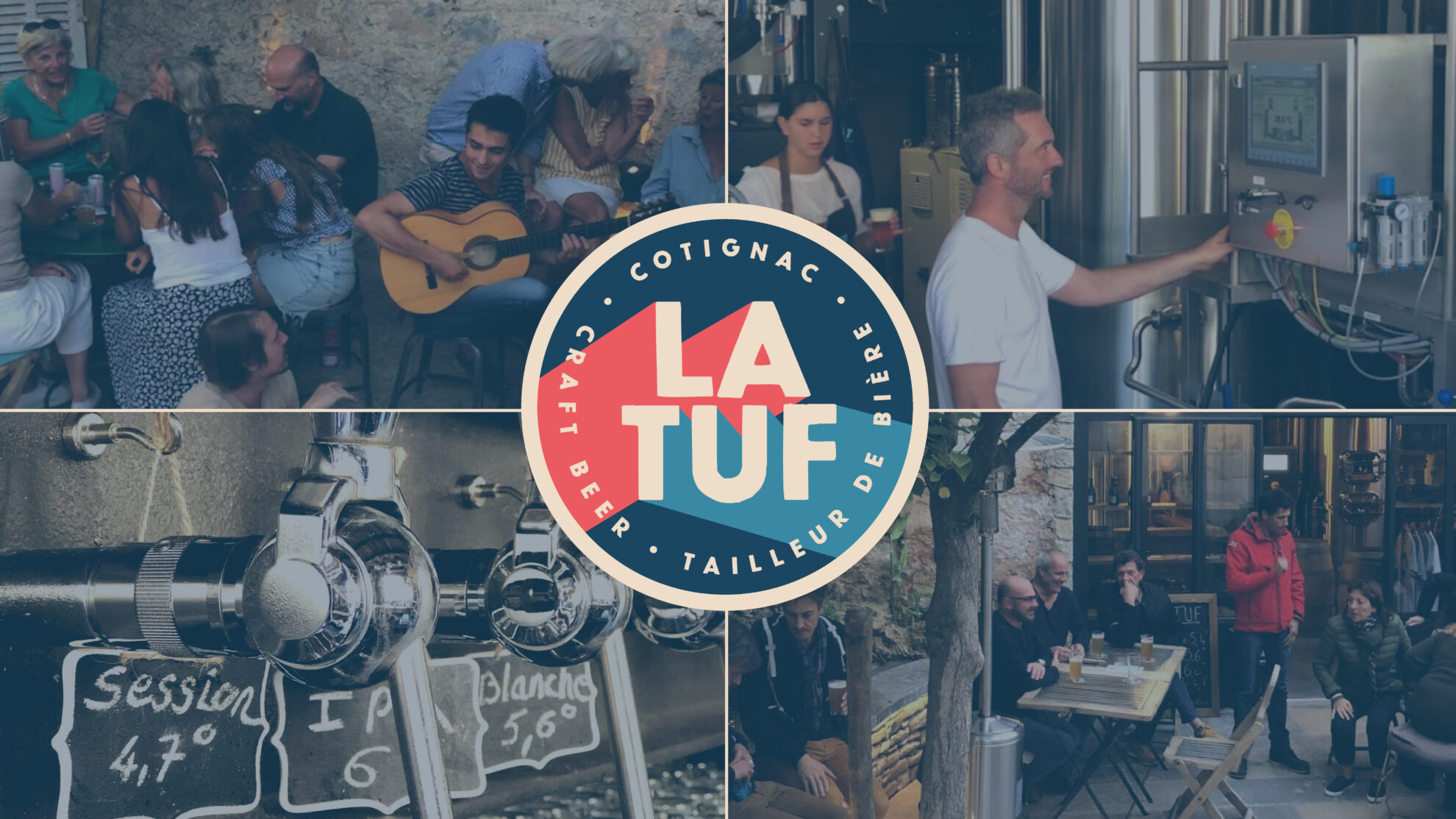 In the picturesque village of Cotignac, the microbrewery has been received with open arms and is a wonderful addition to hotel ‘Lou Calen’ which is being renovated and hopes to open in 2021.

from stonemason to brewmaster

In hommage to Renaud Hecq’s craft as a stonemason ‘Le Tailleur de Pière’ the brewery has been named ‘le Tailleur de Bière’. And the beer themselves are named after Cotignac’s special rock called ‘le Tuf’.

IN THE HEART OF PROVENCE ROSÉ COUNTRY, THERE’S A BIG DEMAND FOR local craft BEER.

Inspired by seeing how hard Renaud and his team worked to get the microbrewery open in time, we offered to kickstart their Instagram and Facebook profiles, before the marketing manager joined restaurant hotel ‘Lou Calen’.

We also built the La Tuf Craft Beer website on WordPress with a Woocommerce webshop. As their manufacturing platform offers a webshop, we helped them integrate their website with Easybeer.

If there’s one sure thing about any online business, it never stays the same! We have to adapt as needed 😉