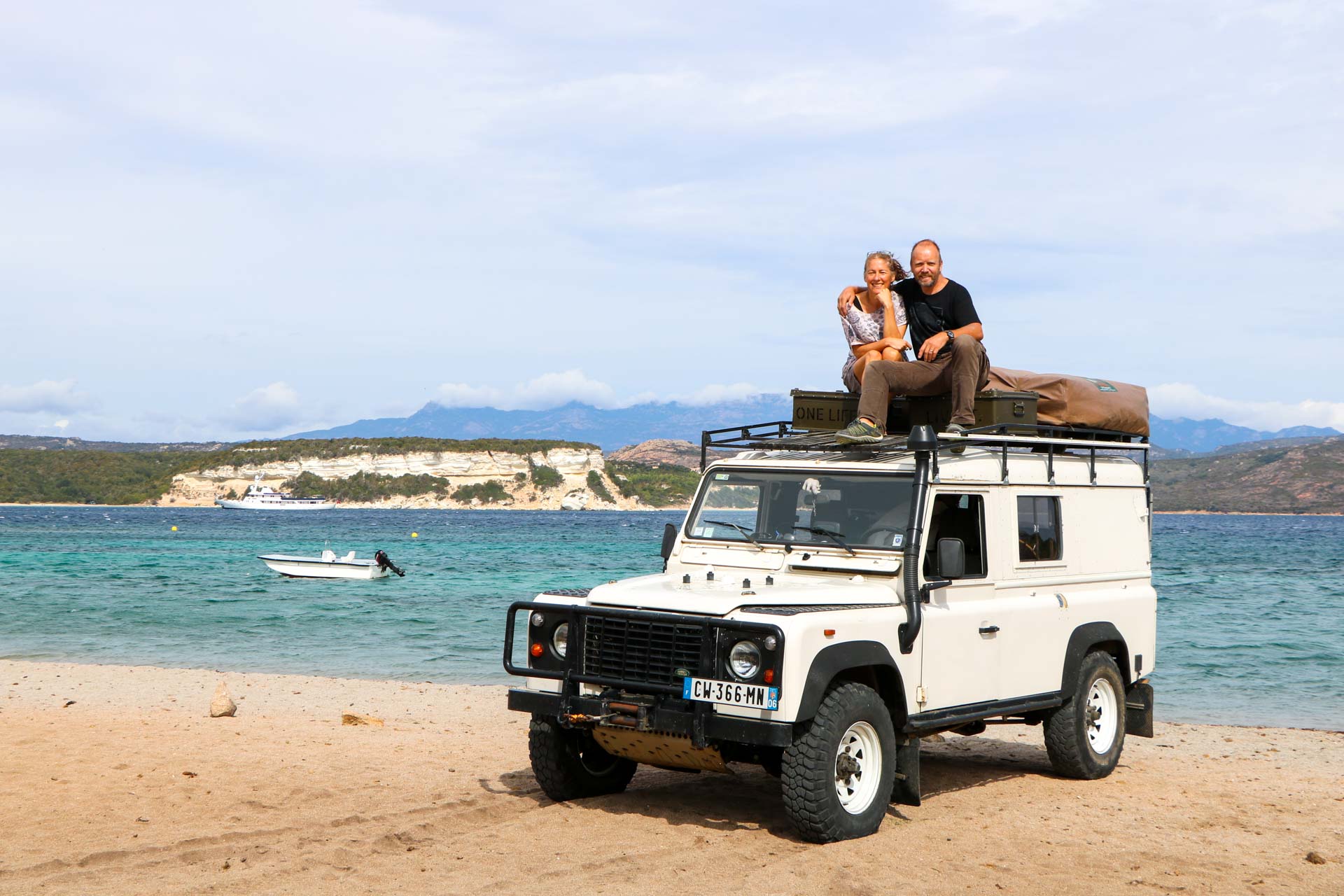 … PROUDLY TURNING OWNERS INTO MECHANICS SINCE 1949!

Growing up in South Africa, the early Land Rovers were as iconic on the African landscape as the thorn trees they’d park under. We have both wanted one since we can remember. Our dream became reality when ‘Muddy Boots’ joined our family, and boy what an adventure that was! With our modified 90 we careened down the extreme 4×4 path, which quickly emptied the bank account, but left a huge smile on our faces.

Unable to import the ‘Mudster’ into France, we sobbingly (Vic really) sold our baby to 4×4 enthusiasts in Holland. A little while later, Marcel found a new landy – this time a 110 camper/traveller called Dakota. She’s had an even more adventurous life than us, having been setup as an expedition vehicle and travelling to far-flung places.

“Raise your kids with a Land Rover addition. They won’t have enough money for a drug addition.”

WE’VE LEARNED (AND ARE STILL LEARNING) HOW TO FIX OUR LANDIES!

We have made loads of diy-repair videos, walkarounds and of course our extreme 4×4 adventures. We appreciate the club of everyone afflicted by “Loving a Land Rover” and welcome your comments and feedback, both here and via our other channels.