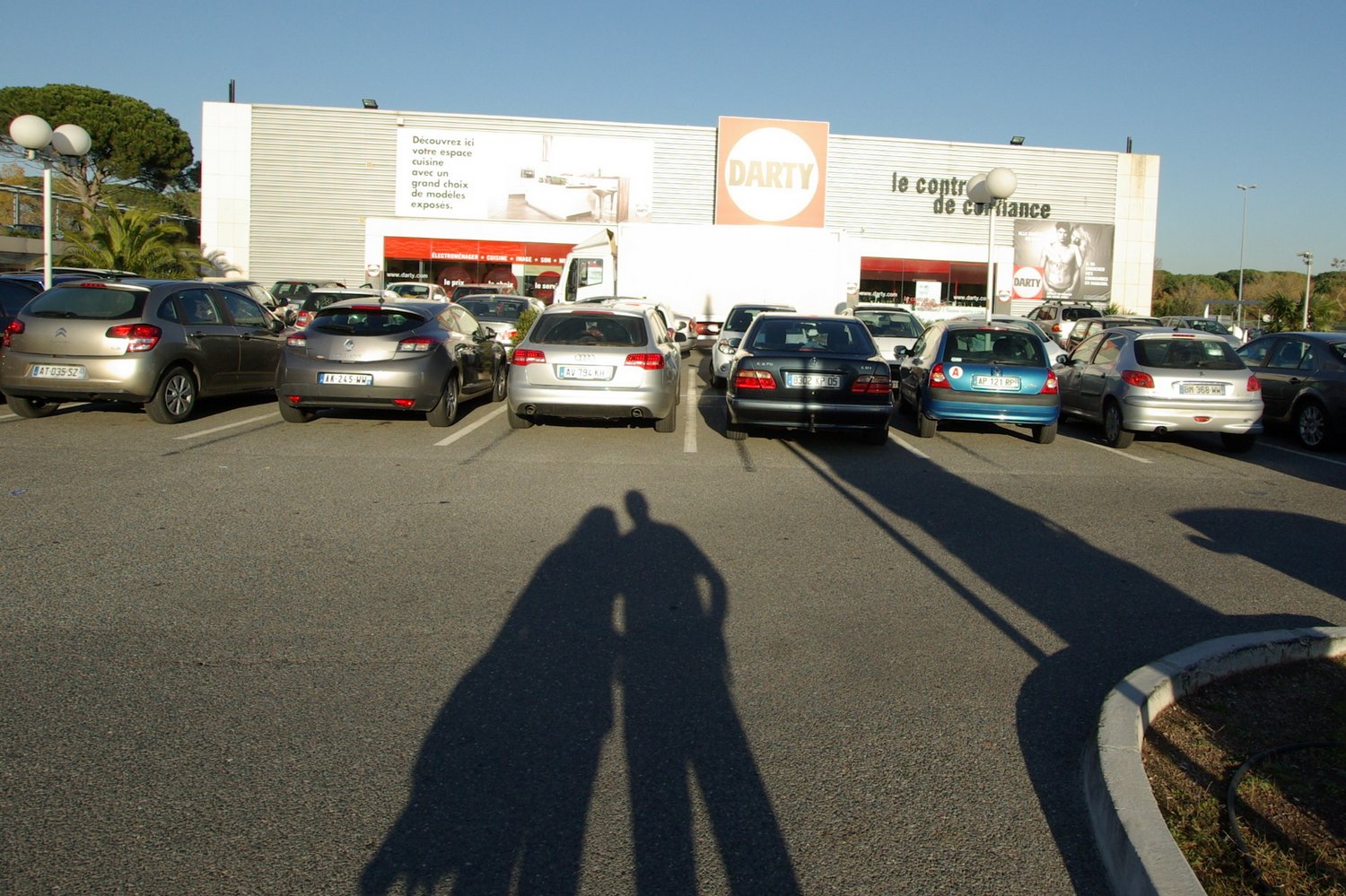 One of the best things about this part of France, is that it’s an hour and a half from the Med, and a couple of hours from the Alps. Marcel was itching to get closer to the coast, so a little drive to Fréjus was on the cards, some 60 kms away. But first, market day. Patricia and I walk down. Marcel lugs the old washing machine into the van, and meets us there. Everyone kinda does their own thing and then meet up at Café du Cours for a “verre vin” (glass of wine). We had a brief chat with Philip about his work, and requested an interview. Hopefully we’ll be able to join him for a day to get a glimpse into “the life of a beekeeper”. Sidsel gave us a tip for the washing machine, Darty. And that you can order online. But we thought we’d go check it out in person.

Kirsten mentioned a sleeper couch that she’d chatted with Pen about, which we could use if it fitted. A comfy couch would be rather cool, so after the market, we swung past. The house used to be a restaurant. I love how we’ve been to a couple of different homes, and they’re all so different! We took measurements, and headed off towards Carcès.

Instead of buying wood at Mr. Bricolage, and not wanting to order a year’s worth for EUR 300, we found a great solution enroute at a “bois de chauffage” where we loaded a cube of wood into the van for EUR 82. Hopefully it’ll last us a good part of the Winter.  I’d love to yammer on about the scenery … but the photo’s aren’t doing it justice. You’ve got to do more than a drive-by shooting. So, we’ll have to come back. The most important thing right now, is a washing machine. We went into a huuuuuge hardware store, and saw the cutest mosaic tiles, but no washing machines. Then around the corner, we found a Darty, which Sidsel had tipped us off about. Great stuff. A bright, sparkly store – we found the “laves” straight away. A very friendly saleslady helped us seal the deal, and organised to have the old machine swapped with the new one. Amazing what you can do with a couple of choice words.


The sun sets around 5 / 5:30 pm. Peak hour traffic. It didn’t take long before the engine wasn’t the only thing making loud noises. I dozed off big time. Too much excitement in one day!! Ha ha ha.

We’ll unload the washing machine and wood in the morning. I’m going to call it a night. Gosh, it’s getting close to pumpkin time … á bientot!