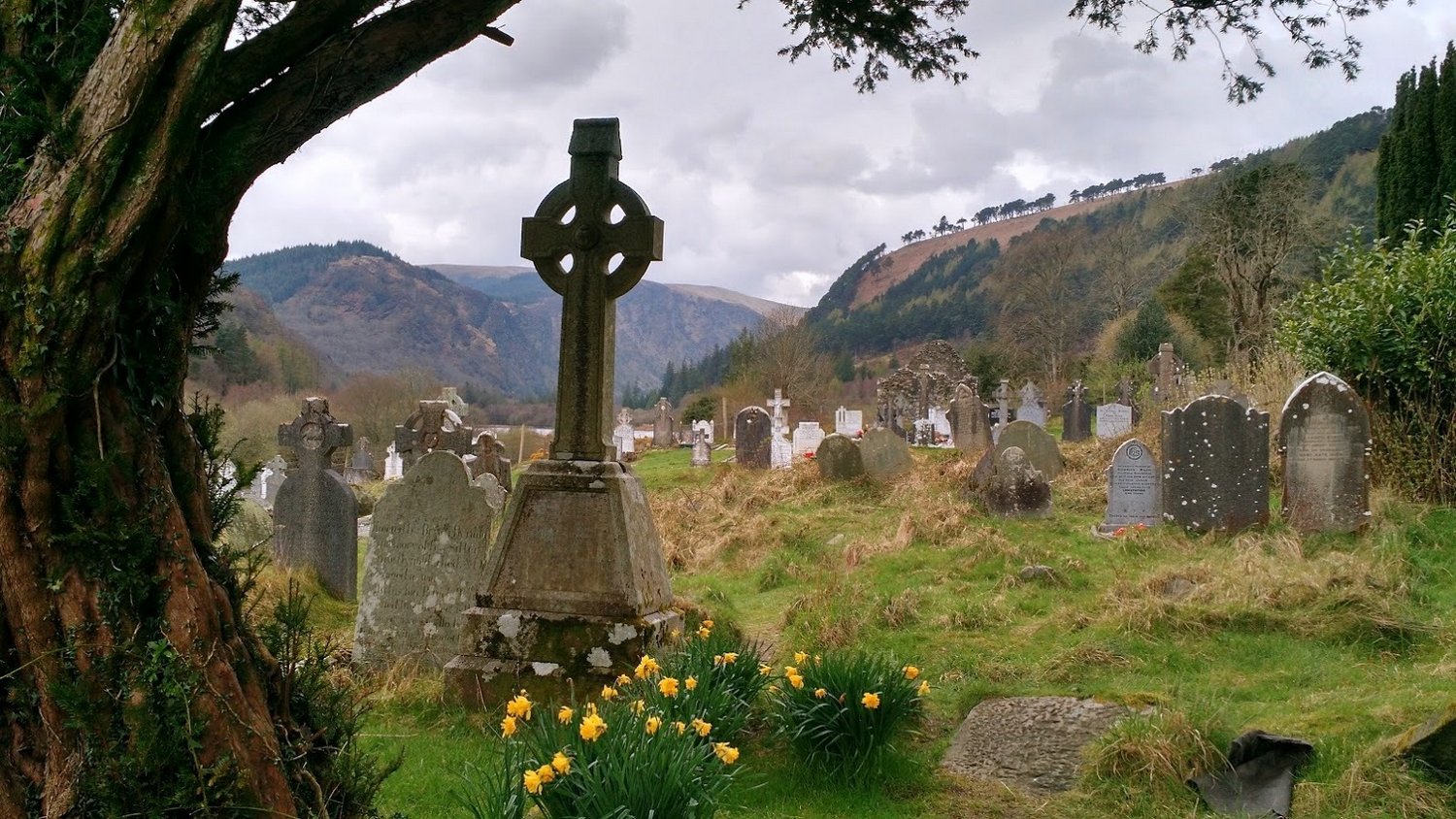 Patricia took Marcel and me to Glendalough to soak up the fresh Irish air and put in a good walk in the countryside before we could partake in the fine Irish ale 😉 We had no idea about the history nor the great natural beauty, wow!

The area is best known for the ‘Monastic City’ that was founded after the death of St. Kevin in the 6th Century. Also called Saint Cóemgen (Irish: Caoimhín; Latin: Coemgenus), he lived an ascetic life in solitude and contemplation, with nature and wildlife as company. Although as word got out, people would come to him for teachings and advice.

Visitors can view his hermitage, a small cave large enough to sleep and pray in, from the other side of the lake or from a boat. He lived for 120 years.

The Monastic City consists of a gateway, 30m round tower, Kevin’s Cross, Cathedral, and other monastic remains. It has been a pilgrimage sight since medieval times.

We took a lovely stroll along the lake, hearing sheep bells in the distance and blackbirds singing, enjoying sunbeams on our faces and nodding politely at other visitors.

As the wind picked up, we realised a retreat was in order to meet up with Sean after his day at the Dublin market, and enjoy pint together at the local. Slainté!