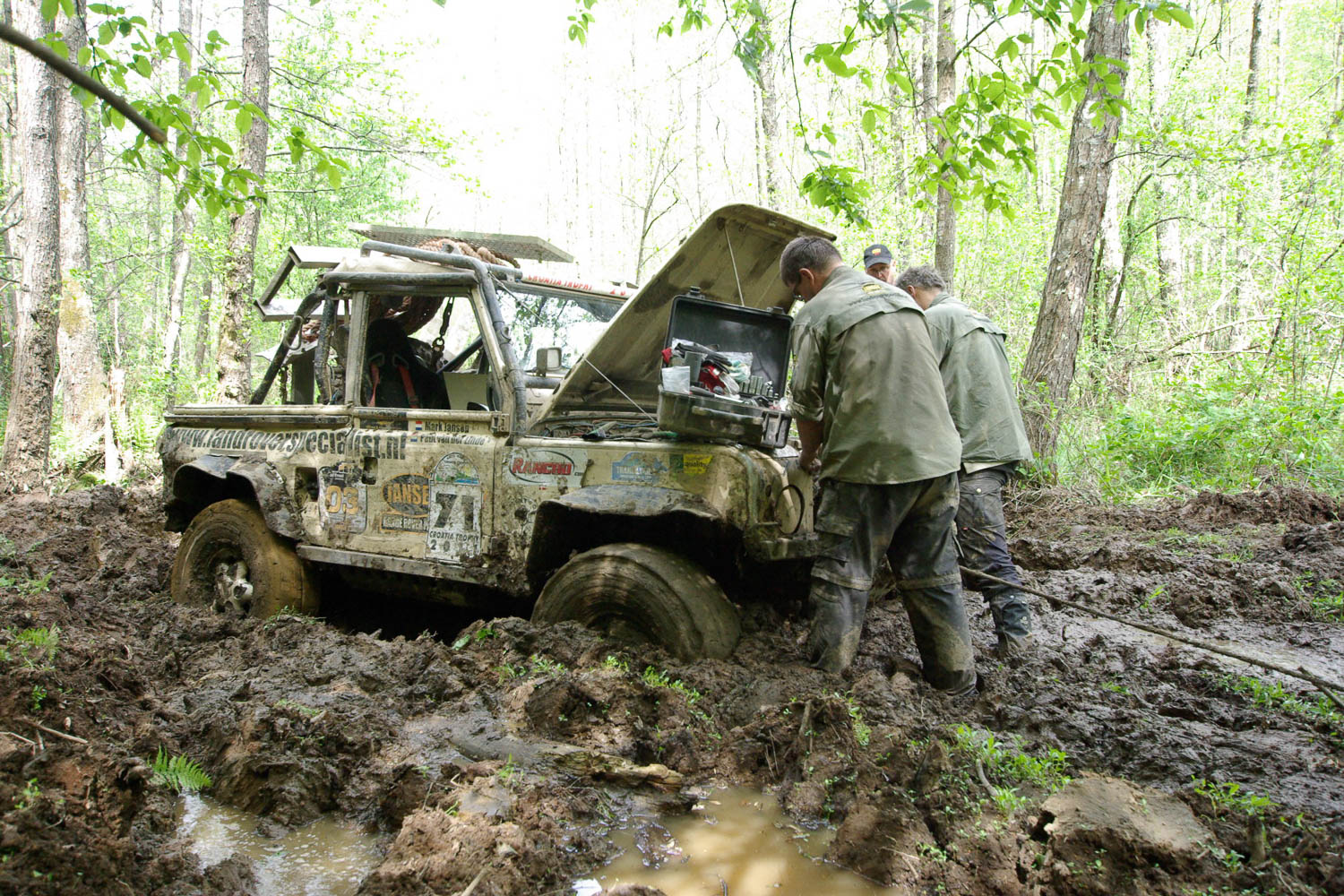 A thirty-second update. And thirty kilometres according to the roadbook. Not very long but therefore expect very heavy going! Due to our brake issues on stage 5 yesterday, we didn’t manage to start though.

We went shopping instead! Shopping? Yes, Zagreb is great for brakepads. Nissan Patrol brakepads – and nobody in the camp had any that fitted the car. A big lesson in paying attention to the little details- bring spares and service the car first!

We got an address from Darko (a local Croatian and a member of the organisation) and headed for Karlovac. But as we got there, at the same time as the delivery driver, we saw that the pads he had in his van were wrong… A phone call was made and in Zagreb they found some, so we dashed off in that direction (as good as a Defender can dash…)

Back at camp after a five hour round-trip we put them on and…success! We are starting tomorrow! Today was also a time for contemplation. We had a couple of hours in the car en-route back to camp, so one question was why do we come to Croatia time and again? A few thoughts were:

* fantastic countryside,
* laidback locals, and
* some seriously good fun in the mud…
* camping in a field,
* cold shower bags,
* big campfires
* even bigger stories
* helping your competitors
* them helping you!

It’s hard to describe the feeling out there in the mud: Awesome or mind-blowing doesn’t quite do it justice. I mean, you’re out on the track in the middle of a forest all day long and YOU need to drag the car back to camp! Nobody else, just the two of you…

What an incredible, adrenaline-filled rush! Naturally, we also focus on tomorrow and decide that we have to finish at least one day!